Latvala at fifth place, paces were slow in Poland

Rally Poland was driven in Mikolajiki area just like it was driven last year. About third of the route was renewed since last year. Sunday was rainy day which made exactly the thing that rally organizers hoped: the average speed of the winner was dropped to 116,5 km/h. Last year Sebastien Ogier’s drove with the speed of 121,41 km/h.

Third position wasn’t exactly what Jari-Matti Latvala was reaching for in Poland but after a difficult start it was a great success. He found a good pace for the rainy leg of four stages on the final competition day.

I don’t remember ever driving on conditions like that. There was lot of mud on the driving grooves when the stages were driven for second time. At some places Dakar-rally came to my mind, Latvala summed up the final day of the rally.

Latvala had a hard battle against his VW-team mate Sebastien Ogier at the two last stages of the rally. Ogier was at sixth place and climped up to only 2,4 seconds behind Latvala when there were two stages left.

Before the second last stage the rain was getting harder. At that moment I found that I must not give up. I knew that Ogier was going to strike there, Latvala said.

Latvala took fastest time being nearly 5 seconds ahead of Ogier at 20 kilometers long Baranowo stage. In general competition he managed to keep the French behind though he lost 0,7 seconds to Ogier at the Powerstage.

I tried to drive with the same pace at the Powerstage as I drove at the previous stage but the driving was a bit difficult at some points which affected on results. Propably I should have driven the first section of the stage faster, Latvala said.

Ogier behind at the statistics of fastest times

On the two fist competition days Latvala couldn’t find such aggressive driving pace and touch what the super ast gravel roads would have demanded for.

Maybe I was too tired at the start due to promo jobs before the rally. I couldn’t give my best for driving, Latvala admitted.

Volkswagen’s Andreas Mikkelsen took his second WRC-win from the competition. That was possible as the leader of the rally faced problems – just the same what happened last time. Now Ott Tänak from Estonia lost his chances for his first win due to a puncture and took second place. Mikkelsen took his last win in Rally Catalonia in last autumn when Ogier made a mistake at the last stage of the rally. 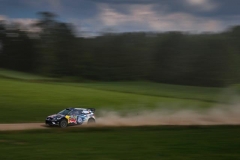 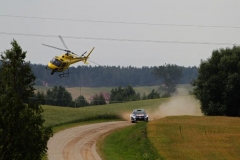 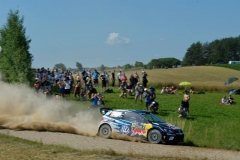 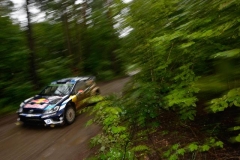 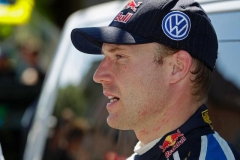 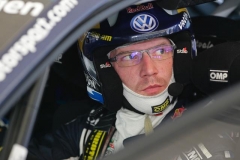 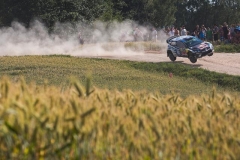 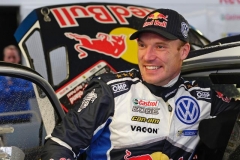