The challenging rally with hard tyres started on Friday in rain and mud. Mikko Hirvonen started extremely well driving the fastest time by 48 seconds on stage one. The conditions were so difficult that the differences between the drivers were unbelievably big. Maybe these differences had an effect on me and I drove off the road on the next stage: it was a flat left corner where the rear end of the car started to fly and I braked in panic which took the car off the road. We landed on the side with minor damage. Luckily there were spectators who helped us to turn the car back to its tyres and they even found us a way back to the road. It all took us eight minutes but we were still racing. On stage three I was the fastest but on stage four I hit a rock which damaged the right rear suspension. We were able to drag ourselves to the service park though. Friday afternoon went well and I climbed to the eighth place although I made some minor mistakes. The stages on Saturday were fast and I started them feeling good although it was raining cats and dogs. In the middle of the first stage on Saturday the sump guard beneath the car had an impact with a rock which had become exposed. Still the car ran in a normal way. So I drove to the end of the stage and to the next stage where I had to wait for my turn. While waiting I turned the engine off and when I then tried to start it again it didn’t start because the starter motor didn’t work. It had split into two in the impact with the rock earlier. We tried everything we could, Miikka and I, but nothing helped. Finally after such a long period of time that we were already out of the competition we were able to push start the car with the aid of the spectators. We were allowed to drive through the stages but we had to retire on our return to the service park. On Sunday we continued the race due to the SuperRally which was worth doing because we drove two fastest times and after many retirements of the fellow rivals we gained two manufacturers’ points. That was comforting in this sad rally of mine. 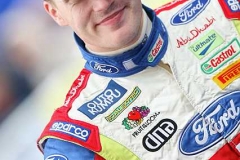 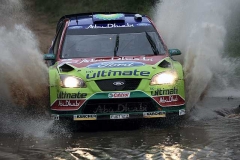 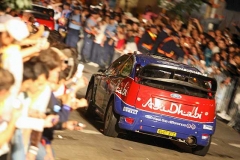 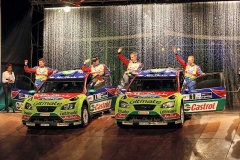 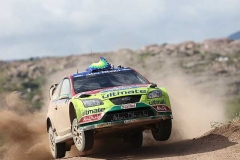 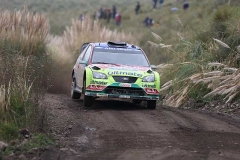 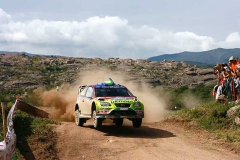 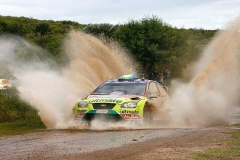 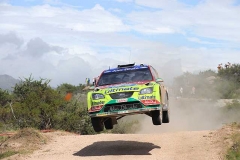 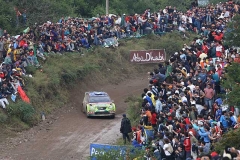 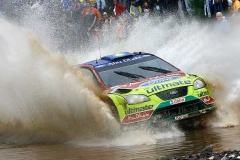 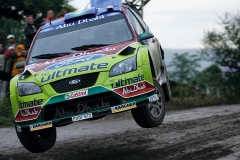 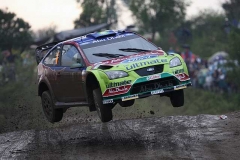 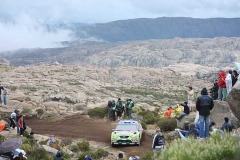 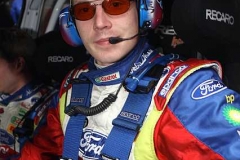 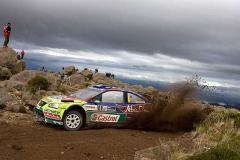