I returned to Turkey after four year’s absence. The roads were now much wider and better than before. I also made totally new pace notes for this rally which was probably useful on some of the stages because the roads were different now. On Friday I had two punctures which took altogether about 40 seconds but I was lucky enough to drive the fastest time by 15 seconds on stage three and by ten seconds on stage six which took me higher on the results. Before the last stage on Friday Mikko and I were numbers one and two in the rally. Then our team decided that we should ease our pace and let Sebastien Loeb take the lead and sweep the roads on Saturday. Mikko’s position was now fifth and mine third. Saturday went without problems but my times varied a bit due to inexperience. During Saturday’s stages Mikko took back the lead and I took the second place 16.2 seconds behind him. Sebastien was 18.1 seconds behind me. Easing the pace was out of the question on Saturday. On Sunday all of us (Mikko, Sebastien and I) wanted to win the rally but there were only three stages left. On the first stage in the morning the engine of Mikko’s car stopped which helped me to get closer to him, I was now only 7.5 seconds behind and the gap between Loeb and me was almost the same as on Saturday. On the second stage in the morning I made a mistake in downhill braking and lost five seconds. On the last stage, which was about 31 kilometers long, there was a huge battle because the split times told me that Sebastien was getting closer and closer but he his tyres wore out and I could keep him behind. I really wanted to win but I could not catch Mikko on the last stage so I finished second 7.9 seconds behind him. I was extremely happy in the finish because for the first time of my life I could beat Loeb by driving and our 1-2 finish was very important to the team. 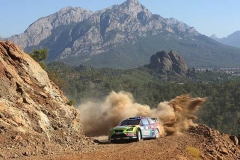 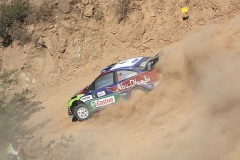 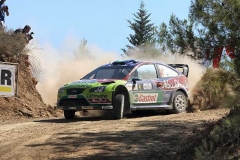 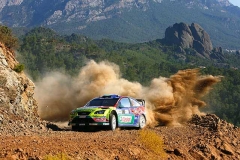 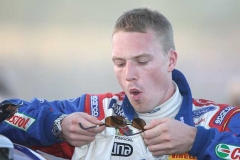 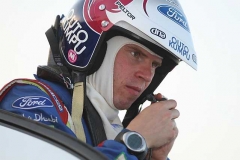 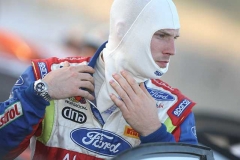 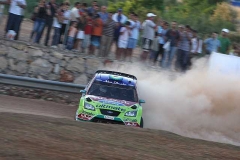 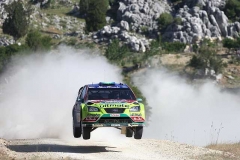 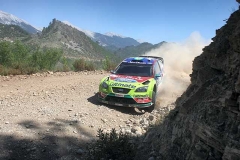 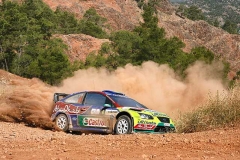 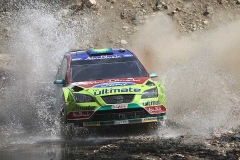 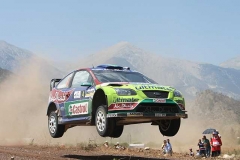 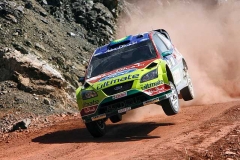 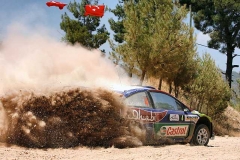 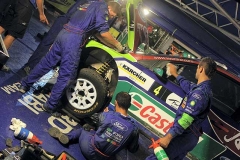 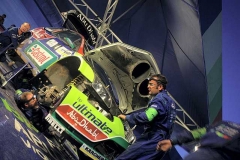 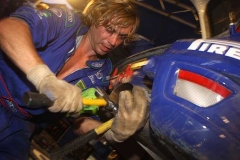 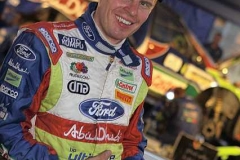 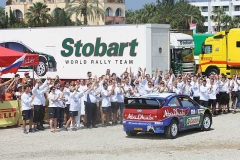 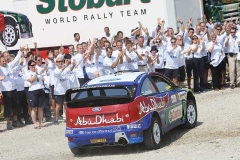