Since 2005 a known holiday resort Salou has been the place for rally Catalonia. This rally has been driven on tarmac but sometime at the beginning of the 1990’s it has also been driven on gravel. The new element of this year was gravel-tarmac stages on Friday where 30% of the stages were driven on tarmac and 70% on gravel. These stages were driven with gravel tyres and gravel set up in suspension. On Friday evening in the service gravel equipment was changed into the tarmac one and both Saturday and Sunday were driven only on tarmac with tarmac tyres. There was a dense fog when we started a 35-kilometer-long stage one but luckily it started to clear after ten kilometers. I killed the car engine at the start because there was a minor malfunction in the clutch but it only took about four seconds. Sebastien Loeb drove the fastest time on stage one and I was the second fastest. On stages two and three I tried too hard and lost time because of some small mistakes. After stage three I was third 13.1 seconds behind the lead. I started stage four marvelously and was leading it in the split times but then there were six kilometers of tarmac and I ruined my tyres which caused me some trouble on the next gravel section and my times got worse. At the end of the day I was third 19.9 seconds behind Loeb who was leading. On Saturday morning I had to switch my brain into tarmac position which succeeded alright but the adjusting screws of the suspension were not right. That cost me 18 seconds on the first stage. On the road section I adjusted the suspension but still the Citroens seemed to be faster. When I realized that Dani Sordo will pass me and that I will be unable to compete with him I concentrated on driving safe points. After Saturday I was fourth and Dani Sordo was only 10.1 ahead me but my pace wasn’t good enough to challenge him. On Sunday I tried to improve my driving which I did and I was closer to the Citroens. I could even drive two fastest stage times but still the difference between me and the Citroens got bigger. I finished the rally fourth which was so far my best ever position in rally Catalonia. Loeb won once again; Petter Solberg was, after a fantastic driving, second and Sordo third. My driving on tarmac has improved a lot but there are still things to be done! 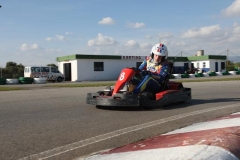 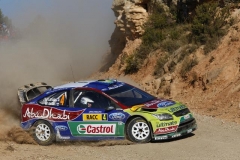 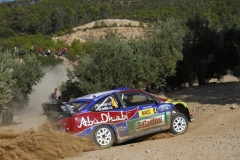 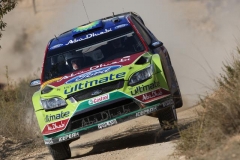 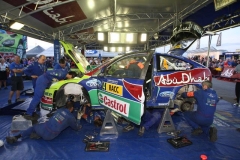 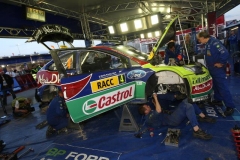 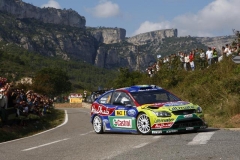 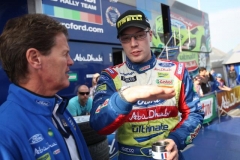 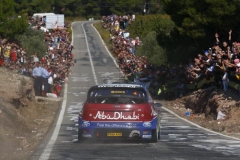 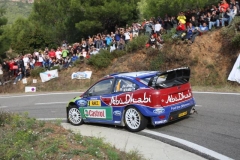 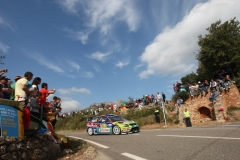