After two years it was time to go back to Japan. Sapporo was the place where we went to. After 1100 kilometers on tarmac it was a bit difficult to find the right rhythm on gravel at first. The Shakedown was driven on painted concrete which also was the place to drive eight super special stages. So even the shake down gave no feeling on gravel. On Friday’s first stage I was over 20 seconds slower than the fastest driver which frustrated me. We also had problems getting split times into our car but luckily that trouble was soon fixed. Before the second stage of the day I made my car a bit softer which gave me better feeling of suspension and in the corners. Now that the split times were working and the car felt good I drove the same times as the leaders. After day one I was fourth. Petter Solberg was leading and I was 22.4 seconds behind him. The stages on day two were the same kind as on day one that is fast, narrow and soft but these kinds of circumstances suited our car. I tried to take advantage of my starting position and to get higher in the results. The differences on the first stage were not big but on the next stage ( Kamuycep) which was the longest of the rally differences started to appear. I drove the fastest time and was now second in the race. After this long stage there was stage number three where Petter Solberg took a false start and got ten second’s time penalty. Now I was leading by 1.6 seconds to Sebastien Ogier. When in the lead I tried to drive the same way I had driven and everything seemed good until while driving Kamuycep the second time the front driving axel of my car broke down. I was leading Ogier by six seconds but in the finish I had lost him 2.3 seconds. There were still one forest stage of ten kilometers and two super specials that I had to drive with a broken driving axel. I tried to drive as fast as I could even though the car was very difficult to handle. Furthermore I span on the super special and lost about ten seconds. In the end of the day I had dropped from the lead into the fifth position and was 30.7 seconds behind the leading Petter Solberg. On Sunday there were mostly short stages to be driven but fortunately there was one long and difficult stage, stage 20/23 Naegawa (17 km). On that stage I took big risks on both times it was driven and managed to catch Dani Sordo. Mikko Hirvonen was second after two days of driving but now he got trouble with the hydraulics of his car and he lost so much time his position changed from second to sixth. It was so annoying the he, too, lost his chances to win the race due to technical problems. After all the trouble that I experienced on Saturday I was sure I could not get to the podium but I was wrong. All in all I was third in the finish which made me happy although my hardest rivals were ahead of me (Petter Solberg and Sebastien Ogier). Ogier won the rally. He was driving in Japan for the first time which made his victory even more glorious. Solberg fought himself into the second place. 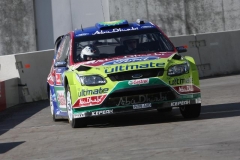 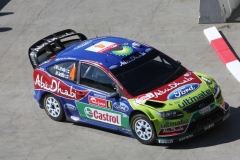 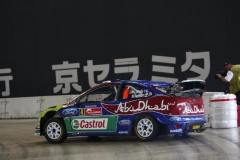 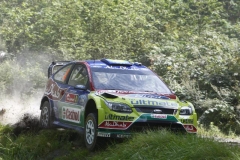 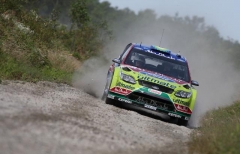 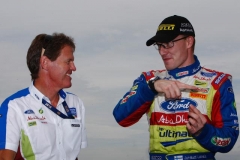 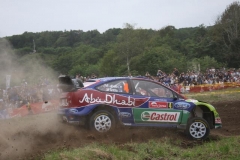 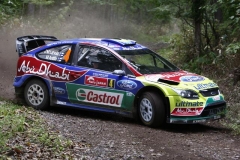 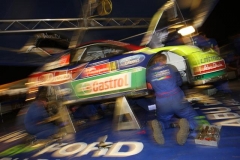 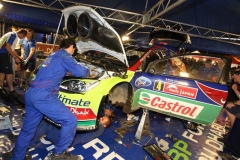 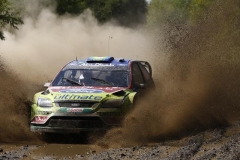 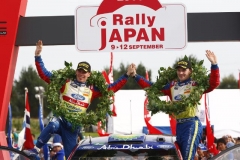