Although I was second in rally Jordan my disappointment was extremely huge. At the end of the rally I felt that I had lost everything. I could not understand my 0.2 seconds’ loss. I had been in tough situations before but at that moment I felt really bad. After 24 hours I felt a bit more positive. My driving was smooth which I had to be happy with. I tried to catch Sebastien Ogier intensively on Saturday and I did catch him by 33 seconds before the last stage. It seemed that I could even win the race, but during the pursuit my tyres wore out more than those of anyone else so they were in a very bad shape. When the last stage started I knew that now it was time to drive flat out. I tried a bit too much and had three incidents on the way where it was hard to keep the car on the road. This is where I lost the battle. Ogier won the race by 0.2 seconds which is the tightest win ever in the history of rally racing. I have also been a part of the third tightest win in New Zealand. Again with Sebastien Ogier but then I won. On the last stage on Friday we had a strategy of slowing down because we didn’t want to be the first car on the road on Saturday. It would be better not to have these strategies at all but as long as the rules allow them they will be used by someone. Sebastien Loeb (Citroen) slowed down on the last stage on Friday trying to lure either Sebastien Ogier or me to drive fast to the finish so that we would be ahead of him. I slowed down on that last stage, too, but Sebastien Ogier drove as usually and took the lead. If I had driven that stage flat out the Citroens would probably have kept themselves behind me. In that case I would have led by a few seconds but I also would have been the first car on the road and thus unable to fight for the victory. My driving was good in Jordan which our team principals thanked me for. They reminded me that it was rare to be able to catch the lead by over 30 seconds during one day. It was also fabulous that I could get the upper hand of Sebastien Loeb. When I was far enough from Loeb in times he stopped competing for real. That is so unlike Loeb. My opponent Ogier’s performance startled. He dared take the lead on Friday and was able to win though being the first car on the road. My hunger for winning increased due to this tight loss in Jordan. The next race will be in Sardinia where I won in 2009. Again I will go there to win. 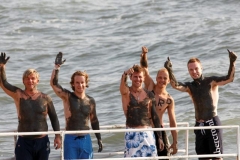 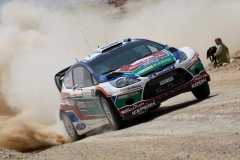 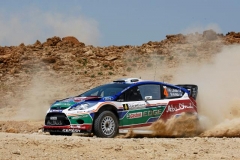 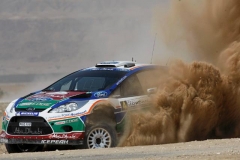 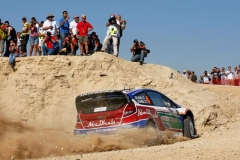 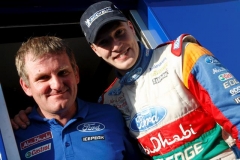 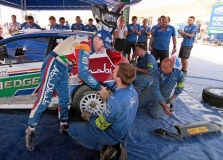 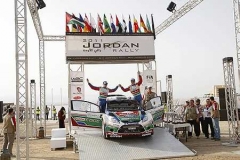 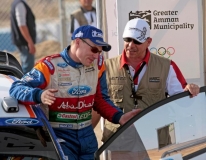 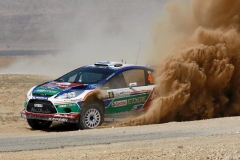