I drove on the island of Sardinia for the first time in Costa Smeralda rally in 2003. The first actual rally Sardinia was driven in 2004 but then I had to retire because of a broken rear axle of my two wheel drive Suzuki Ignis. I won rally Sardinia in 2009. It had always been nice to come to Sardinia and this year I was hoping to be able to finish the race because two previous ones had been disasters for me. I won the qualification so the start was a dream comes true. I took the driving position number 13. The race was only two days long so it was very important where to drive. Stage number one started well but after five kilometers I slightly hit a sharp rock in a left corner which broke the tyre. We decided not to change it although we had over 20 kilometers left to the finish. Five kilometers before the finish the surface of the tyre tore off and we lost about two minutes driving with a rim only. We were on twelfth position and had to start a furious attack. We calculated that we could finish the race as sixth which that was a bit depressing. But we decided to attack anyway, all the points would be important. My driving improved during the day and I took the fastest times on stages seven and eight. Stage eight was driven in the dark and surprisingly there was not much dust. Novikov retired and Östberg drove off which meant that I was fifth before the night break. Next morning Mikko Hirvonen didn’t manage to get his car back to the road after driving off so he had to retire. I passed Sordo and was suddenly third. After that I concentrated on driving carefully maintaining that position. Everything went well so I was third in the rally and got even one extra point on power stage. My teammate Ogier once again won and Thierry Neuville took the second place after a very mature driving. We took important manufacture’s points which increased our team’s lead in the series. 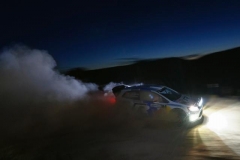 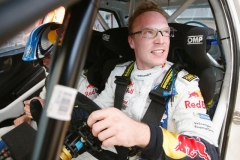 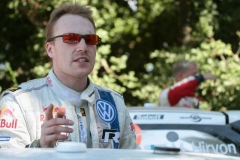 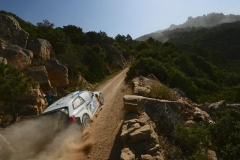 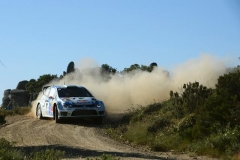 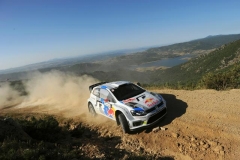