It was pouring with rain two days before Rally Portugal which changed the roads. The fast and technical roads were on one hand slippery and muddy on the other hand they were drying rapidly. During the first actual racing day the grip was varying a lot which made the tyre choice very critical. We top drivers were thinking throughout the whole rally if it was damp enough for soft tyres or would it dry so that soft tyres would overheat and break. In the recce it was raining cats and dogs, so much it was like in a monsoon rain in Africa. One bridge was flooding so heavily we were not able to do the recce until the next day. The start of the rally was in Lisbon and then we went close to Faro where the roads were very varied. Mikko Hirvonen was brave to take soft tyres and was leading after the six stages of day one. Ott Tänak was 3,7 seconds behind and Sebastien Ogier 6,5 seconds behind him. Unfortunately I had to retyre because I had mixed tyres and the car pushed a bit. In one fast left I went too wide and I had to correct my line and there was a hole. The tyre hit the hole and went up, hit a bank and rolled once. On day two and three the roads dried more, Sebastien Ogier took the victory, Mikko Hirvonen was second and Mads Östberg third. There were many retyrements: Kris Meeke, Robert Kubica and Tänak. My mechanics were able to fix my car so I could continue the race. I drove three fastest times and took points on power stage. I enjoyed driving and on power stage I had a good speed. Now I’m second in the series 29 points behind Ogier. I’m looking forward to Argentina it has always been a good rally for me unlike these first rallies of the season (except for Rally Sweden, of course). 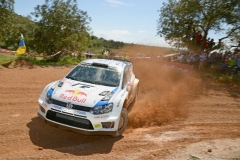 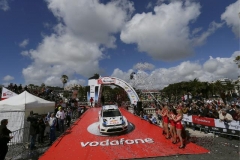 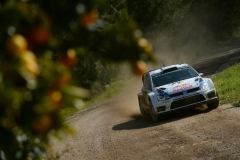 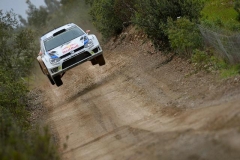 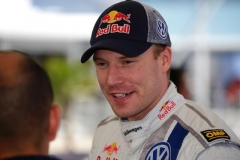 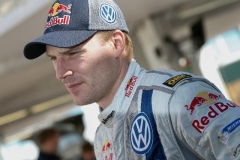 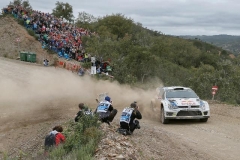 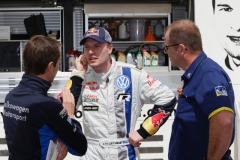 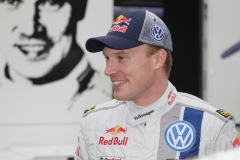 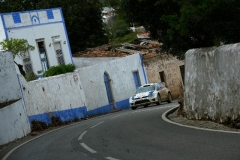 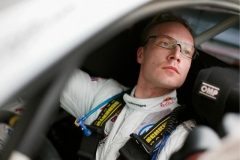