A week before the race it didn’t look good in Sweden snow wise. Luckily a few days before the rally it snowed about 30 cm and it was a decent winter rally after all. The roads were frozen so the conditions were almost perfect. My race started badly when on Thursday in the qualification I stopped the engine on the start line and ended up sixth. There were 17 WRC cars on the race and we could pick the place where to drive. I took the position number 12.The actual race started well because I was second while Sebastien Ogier was leading. My stage times varied a lot though. I was battling for the second place with Sebastien Loeb and by the end of the day I lost the battle because on stage 7 in Vargåsen we had trouble with our intercom and I could not hear the notes. I had to drive about 10 km without notes. On Saturday both Ogier and Loeb went their way and I was left on the third position although I drove my first Volkswagen fastest stage in Fredriksberg. I changed the set up in suspension but that didn’t make the car any faster even though the car felt different. At the end of the day Mads Östberg passed me and I was left on the fourth position 6.1 seconds behind him. On Sunday I made the car softer and tried to compete with Östberg but we both were as fast. I tried to push but realized that I did not know the car well enough, yet. Östberg was third but his performance was better than mine because he had a 20-minute time penalty due to the overheating of his engine on Friday. I was fourth in the rally and got some consolation on power stage where I got two extra points. The power stage was an eye-opener for me: during the whole race I tried to change the suspension but my problem was the braking. There was something in the front lock. Realizing that took the pressure off my shoulders right away because now I knew how to change the car in the future rallies. My team mate Sebastien Ogier won which was the first victory for the new team Volkswagen. Sebastien Loeb was second although he tried to challenge Ogier the best he could on the last day of rally Sweden. 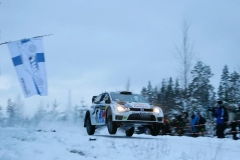 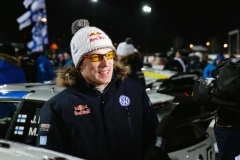 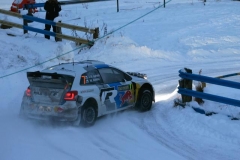 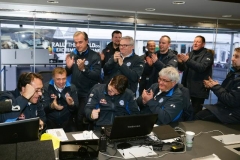 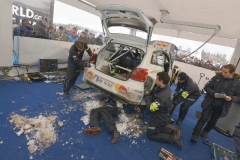 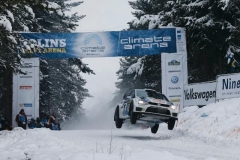 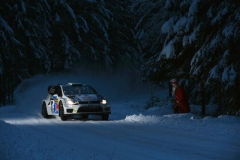 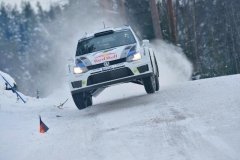