There it is. Jari-Matti Latvala shaking hands with Miikka Anttila after Rally France was much more than an usual cheer. They were celebrating their first win ever on tarmac and banishing the bad memory of the setback of Rally Deutschland driven in August. At the same time it was a win, that has been carried out a a lot of work for years.

– First we had to realize that there are a variety of tarmac surfaces: rough, slippery, bumpy and all the rest. Then we have studied driving lines, to set the right setup for the car and most recently, we’ve been studying how to drive when the tarmac surface is slippery and roads dirty, Latvala says.

– I have also watched videos of Sebastien Loeb driving. This season Rally France was driven on a renewed route: almost half of the route was new. In previous years the route toured vineyards just like in Rally Deutschland but this year the rally was driven on roads in forests, where were some muddy and wet places. The organizers of the rally put the plastic poles to prevent drivers from cutting the benches. On the first two days of the rally there were a lot of poles on the benches.

Also the new feature for this rally was the Michelin’s new dry weather tyre.

– It turned out be good specially on slightly wet and muddy stages but at the same time it wasn’t so accurate to drive on the dry roads which forced us to change the setup of the car, Latvala said.

Latvala who had nine fastest times out of 18 stages, ruled the rally nearly right from the beginning. Latvala and Volkswagen’s Andreas Mikkelsen fought for the win but Latvala left Mikkelsen second. In the beginning of the rally Sebastien Ogier was left over eight seconds from the lead because of a censor failure in the gearbox.

– I tried my best on the first four stages on the second day and when the gap between me and Mikkelsen was big enough, I could be ablet to drive and keep him an eye at the same time, Latvala said.

The last four sections of the rally Latvala started with a safety, half minute lead. In Rally Deutschland he lost the chance to win at the same situation but now Latvala drove steadily – although tv-commentator, Marcus Grönholm, commented that Latvala could drive more slowly at that point.

– I was excited but I found fast the right driving rhythm, Latvala told about his speed on the end stage.

Latvala is the first Finnish rally driver to win on tarmac since Tommi Mäkinen’s performance in 1999 in San Remo Rally. Grönholm took win in Monte Carlo Rally in 2006 but at that time the drivers drove in snowy conditions in French alps.

Latvala took 12. win on his career and is now 27 points behind from Sebastien Ogier, when there’s only two rallies left. 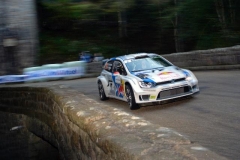 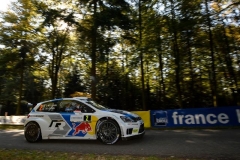 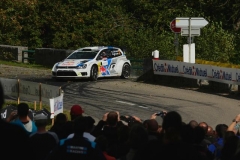 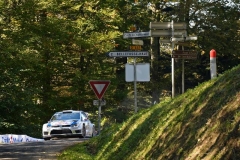 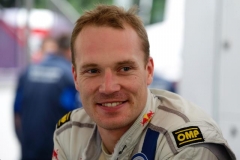 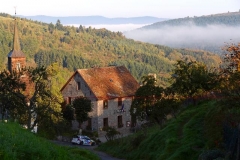 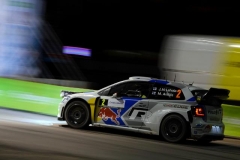 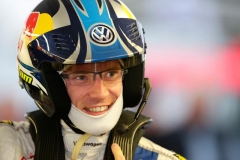 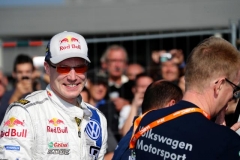 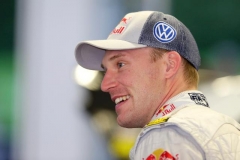 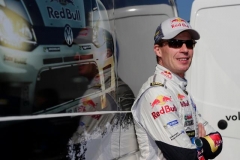 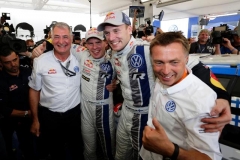