This was the most high-class rally on tarmac in my career. Five drivers were fighting for the tenths of seconds and Sebastien Loeb was driving his last WRC race. The first stage was the power stage which Dani Sordo won, Thierry Neuville was second and Sebastien Ogier was third. This result meant that Sebastien Ogier won the Title. At the beginning of the rally Thierry Neuville was leading. He was full of self-confidence and he seemed to be getting away from us others. In the middle of the rally he had a puncture and he couldn’t fight for the victory anymore. I tried to drive fast without risks which seemed to be working in those variable conditions (dry, rain, fog). I was surprisingly leading the race at the beginning of the last day but only by 0,4 seconds. Dani Sordo was second and then came Sebastien Ogier and Sebastien Loeb, all of us within five seconds. On Sunday the morning stage was fatal for Sebastien Loeb. He went off the road and had to retire. It wasn’t the best way to end his unbelievable and valued career of nine Titles. He started racing in 1999. After Loeb’s retirement I began to make sure I would get as many points for the team as possible. The conditions were very bad after heavy rain. Sebastien Ogier kept on attacking and drove an extremely fast time on stage 15 (Vignoble de Cleebourg). He was eight seconds faster than Sordo. Ogier took the lead and kept it till the end of the rally. On that last day he was flying through the stages. I tried to pressure Sordo but because the stages were so muddy I decided not to risk anything. Sordo drove faster than me and took the second place while I was left third. However, I was pleased with being able to drive an incident free race which I was even leading at one point. Points for the team were more important than my own position. This rally left me no pressure for the two last events of the series. 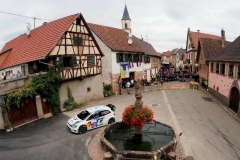 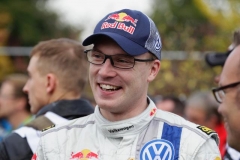 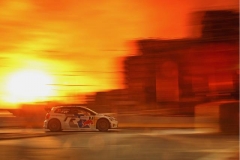 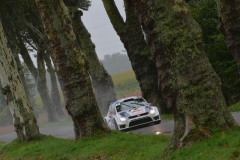 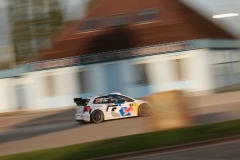 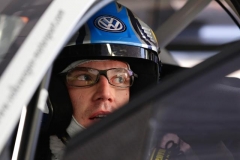 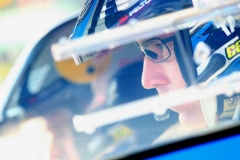