The last competition of the season was driven on the forest roads of Northern Wales but the service area was in Chester, England. There were 22 special stages; some of them were old RAC stages. We drove over 300 stage kilometers plus over 1 200 road section kilometers. I was fourth in qualification but I wanted to be the first on the road. On Thursday evening we drove in the dark and Friday – Sunday were driven in daylight. Sebastien Ogier and Thierry Neuville both had a good start and I came after them. After day one Ogier was leading. In the morning of the second day (stage four, Hafren) Sebastien Ogier drove ten seconds faster that Neuville and 12 seconds faster than me. Now it was time for me to wake up and start competing. My driving improved and I started to challenge Ogier for real. On stage six (Myherin – one of my favorite stages in the series) I was 4,6 seconds faster than Ogier. Unfortunately I started to push too hard and incidents occurred. On Myherin 2 I almost went carefully off the road but luckily I was able to avoid the stones and could keep my Polo on the road. Neuville began to make sure he would be third so he slowed down and the gap between us became bigger. On the third and fourth day my pace was the same as Ogier’s but the mistakes I made gave him credit. If I got closer to him I made a minor spin or killed the engine and he was farther again. I was good on new stages but Ogier was better than me on slippery stages. Ogier was better in the morning and I – after having some coffee – was better in the afternoon. I could not reach him so I was second (21,8 seconds behind). I drove the fastest time on the last stage of the series; a good way to end the season. Neuville was third in Wales and took world championships’ silver. Ogier won the Title. In the last three events I found confidence in my Polo and in myself which gave me lots of motivation to fight for the Title in the coming rally year of 2014. 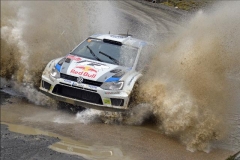 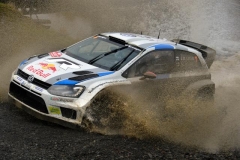 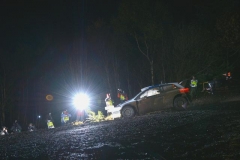 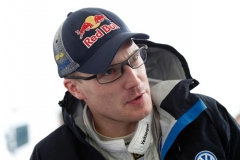 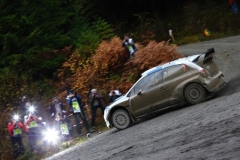 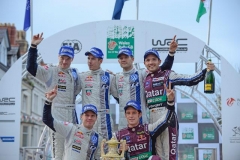 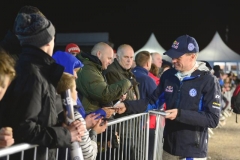 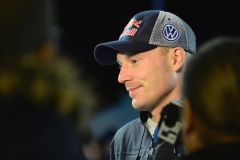 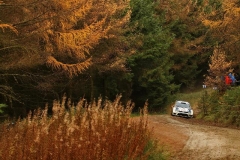