Rally Wales was driven on again on slippery but this time on slightly revised roads. For Jari-Matti Latvala the second ”home rally” on this season brought the win of the Powerstage.

– Now when we have taken the win of the Powerstage in two competitions in a row, we should next win two rallies in a row, Latvala said.

Latvala couldn’t find the right kind of driving rhythm for the stages for the first driving time, and neither were the set up right. However, before the night break he managed to narrow the gap between Sebastien Ogier to only 6,6 seconds.

– At the afternoon I focused on staying right lines, which gave good results.

– In the morning I tried too hard. You just can’t drive that fast in the conditions like these, Latvala summed up.

Latvala and Ogier split the stage wins as half, 4-4.

– Coming to bend right at the end of long straight section was more slippery than I expected. I didn’t have it on my pace notes. I braked too hard and stopped the engine. I couldn’t start the engine immediately and the back of the car went to ditch. It took over three minutes to get the car back to the road, Latvala described the situation.

The rear spoiler of Latvala’s WRC Polo broked when the spectator were pushing the car back to the road.

After that the front damper broked too, and when the chance to win the rally was lot, Latvala couldn’t fnd the fighting spirit for the rest of the stages, not earlier than the last stage where he took the win.

At the final day of the rally Latvala set four fastest times and smiled after finishing the Powerstage. There was a big spruce twig hanging from the front spoiler.

– It was on the middle of the road, I just couldn’t avoid the hit. Not any crash caused it, although it was near to happen, Latvala recalled the situation.

Today’s focus was to get the good rhythm to drive on gravel and it was found.

Sebastien Ogier who had confirmed the championship earlier was the winner of the rally. Mikko Hirvonen who finished his rally career in Wales, was second. 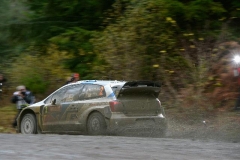 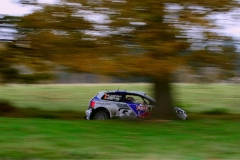 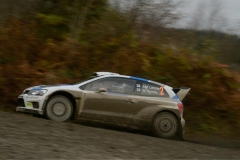 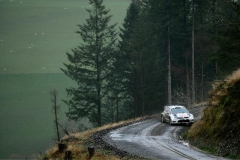 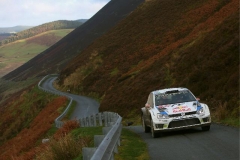 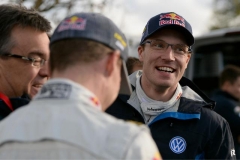 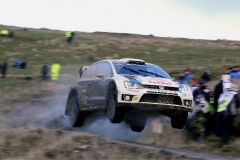 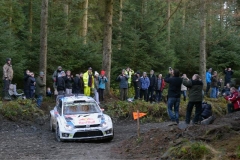 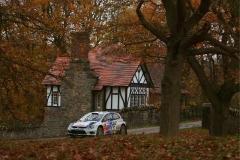 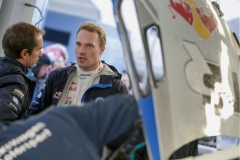 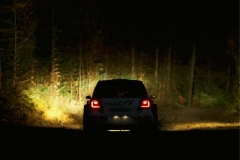 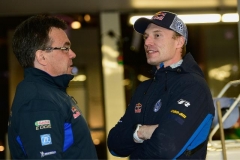