In October Peurunkaralli was driven around Laukaa area. This rally had five special stages. Toyota Celica St165 was finished two months before this rally. I was competing with this car in Pohjanmaa Rally. That rally ended to the technical issue, which I caused by myself. That’s why I wanted to have a clean rally.

For the first time my friend Juho Hänninen was co-driving in the rally. In the first stage’s first proper corner we were really near to go off. Start for the rally was quite fierce and Juho said me: “With this driving we won’t see the finnish flag.” I slow down a little bit and found a good rhythm. After this we had really nice rally. 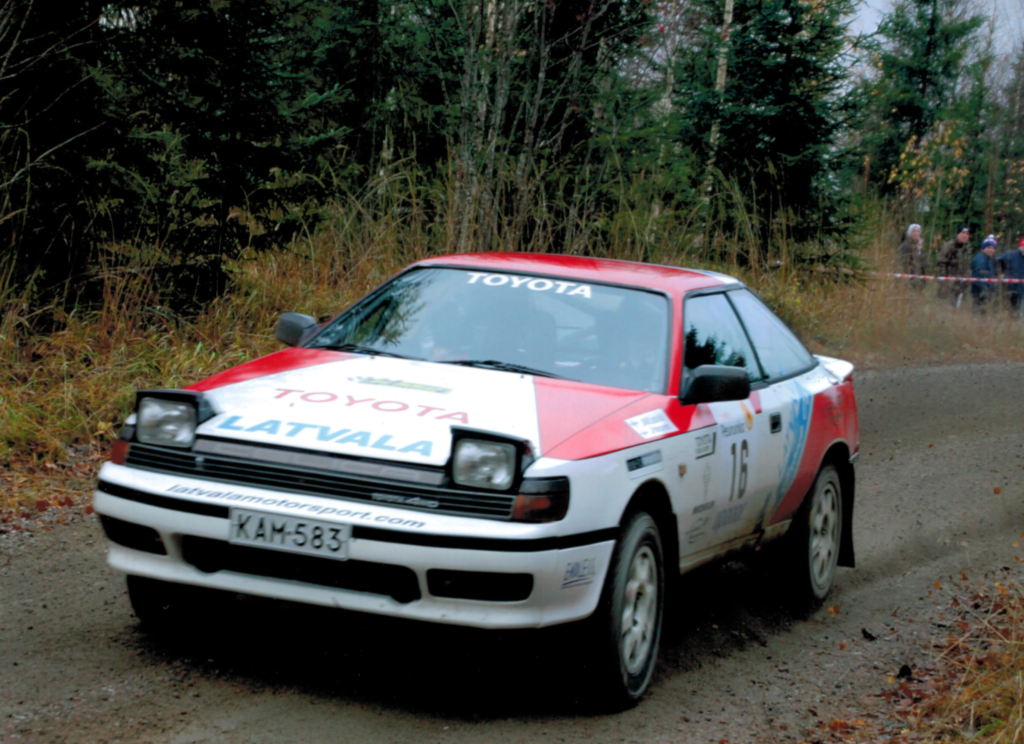