The disappointment in the Top Building Rally in August was so overwhelming that I needed to drive again somewhere and soon. We decided to drive in Kouvola because of the fast and hard surfaced roads in the Kymenlaakso area which we liked. I had driven in Kouvola 2007 so it really was time to go there again. Three stages, each of them twice plus Tykkimäki as power stage. Our starting number was 92 and by the time we were starting the race it was raining heavily making the roads slippery. Right away on stage one a slippery left almost caught me and gave me palpitation. It was a bit stressful to drive on stages one and two because the slippery places changed a lot but luckily the rain stopped before stage three and the driving started to feel fun. My co-driver Juho Hänninen did a good job in reading notes to me and his comments every now and then motivated me to do my best. The car was working perfectly and racing was nice. I did not let the thought of possibly breaking wheel bolts ruin my driving. And the bolts did not break! We took the car intact into the finish and we won our category (no one else in our category) but the most important thing for us was the fifth position overall (had we competed overall). And we would have won the Finnish Championship Category 2 with a 30-year-old car! 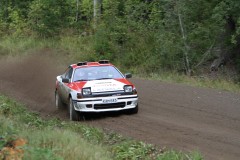 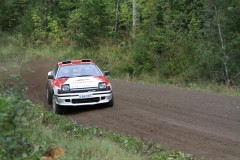 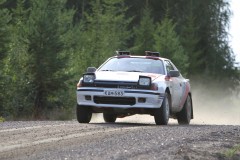 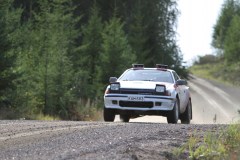 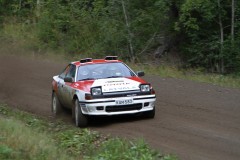 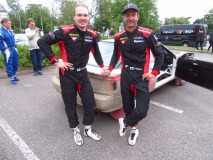 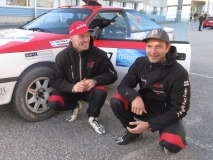 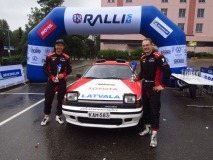 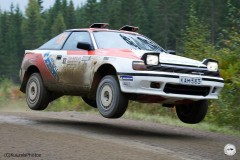