Mesikämmen Rally 2020 had to be cancelled because of bad winter (no winterlike conditions) and Mesikämmen Rally 2021 was under a threat of cancellation due to Covid 19, but the organisers did a great job and the rally could be driven without an audience.  There were four stages in the rally. Three of which were driven in the Töysä area and one was driven in Myllymäki, Ähtäri. These roads were homeroads for me.  Stage two went past my Granny’s place using the road where I used to practise when I was 16. I was really looking forward to this rally because it was in 2006 when I had last raced past my Granny’s house. We drove my good, old familiar Toyota Celica, as did my father Jari, too. So Latvala Motorsport had two cars in the race.

The competition went well. It was enjoyable to drive in that wintery scenery. There was enough snow and the temperature was properly below zero. I hadn’t raced for a while so my driving was a bit angulated at first until my co-driver Juho Hänninen told me to keep the front of the car inside and make the car come out of the corners in a straight position. Only one note was too slow which made me throttle down in vain. My Dad was also able to drive a harmonious race although I had to grab some snow and put out a small fire under his car at the finish of the last stage. There was a small crack in the turbo oil pipe.

We won my own category, the Historic. We were the fastest overall, but I was having an advantage of driving on home ground. I was glad to see how my Dad drove after a break of two years in racing: he was second (after me) in his category (the Historic) and 11th overall. 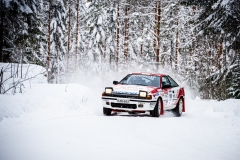 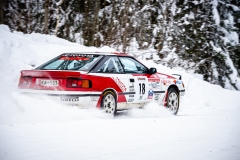 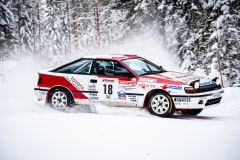 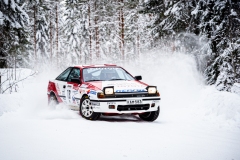