Latvala earned points in Portugal – with blisters in his hands

Jari-Matti Latvala decided to brighten the situation in Portugal with sarcasm after the power steering went broken.

– One can ask what wrong have me and Miikka done for earn this situation, Latvala said not so seriously.

This was second time in a row when Latvala was vexed by the technique problems that ruined his chances to drive for the victory. In Portugal the power steering went broken on the first competition day at the first leg.

– I hit a hole at the same place where Haydden Paddon and Ott Tänak crashed out. Then the car jumped a bit out of line, and the sump shield moved a bit and that broke a bolt. Engine rotated a bit, the pipe of the power went broken and the oil spilled out. At the same time the charger belt parted. We could change it but we couldn’t do anything to the broken pipe when the engine had rotated a bit, Latvala described.

When there were four stages left before entering the service break, Latvala fell into ninth position by evening and 3,50 minutes from the lead. On the next day Latvala plastered his hands blistered on previous day and try to reach everything that he was able to get. He climbed into sixth position on third competition day and was near to climb into fifth position at the Powerstage driven in Fafe on Sunday. Latvala gave his everything in Fafe and took second place which offered extra points.

– That went well. There were only one or two small mistakes, Latvala said after he had lost to winner Sebastien Ogier with only 1,2 seconds.

When starting the stage of Fafe Eric Camilli who was at fifth position was 31,9 seconds faster than Latvala. In the finish the gap between drivers was only 5,3 seconds as the French spinned and lost some time as he couldn’t turn the car with the hand brake.

– At least we got WRC-points. It was only second time this year but it took a little bit of our pressures away. It’s a good thing when it comes to the Rally Sardinia, Latvala summed up the situation after the rally.

Meeke took the win – the route was known before

Kris Meeke won the Rally Portugal. Through the whole competition his starting place was 14. which helped him to make use of the roads cleaned from the loose gravel by other drivers. Andreas Mikkelsen climbed into second place when Ogier was forced to slow down because of two punctures. Finally, Ogier was third. In Portugal the route of 19 legs was tolerably same as last year. The biggest renewal was Friday’s 1,85 kilometers long super special stage built at the center of Porto. The rally headquarter was Matosinhos in the north of Porto. The route consisted of 19 stages and 368 stage kilometers was damp in some places due to rain but mainly the route was dry. 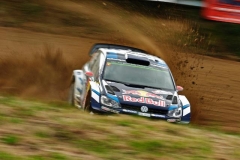 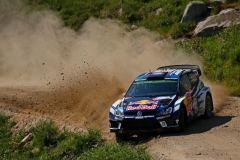 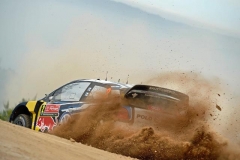 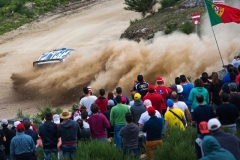 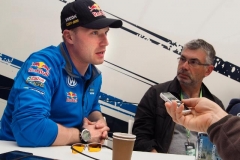 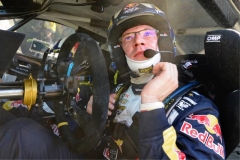 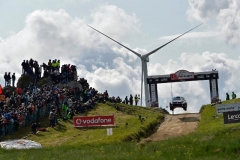 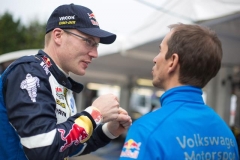 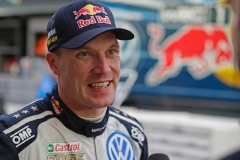 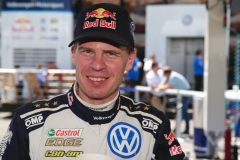 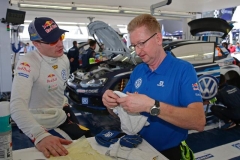