Starting place in the main role, Latvala narrowed the gap between Ogier

Starting place played the main role in Neste Oil Rally Finland. It wasn’t only reason for northern Irish Krisk Meek’s win but it ordered a great support in the battle against Jari-Matti Latvala.

Latvala was at fourth position on Friday and Saturday and Meeke at 8th starting place.

The role of the starting position could be seen when thinking how sluggishly did the leader of the rally Sebastien Ogier drive compared to me. When Ouninpohja was driven first time on Saturday, Meeke was 13 seconds faster than me and the result of the starting place was maybe six seconds, Latvala counted.

Rally Jyväskylä was set on the traditional rally roads of Middle-Finland.

The route was a bit renewed since last year, Lempää and Oittila (ex-Mutanen) as a Powerstage made a come back. The rally started in the surroundings of Keuruu and Petäjävesi on Friday and first five stages were Mökkiperä, Halinen, Jukojärvi, Surkee and Horkka. Those were driven twice on the same day.

On the afternoon there was also a short stage of Valtra in Äänekoski. The stage of Harju ended the competition day – the same place where the rally started on Thursday evening.

Latvala was second arriving at the overnight pause being 18,1 seconds behing Meeke. That time included 15 lost seconds when the another rear tyre of Latvala’s car went broken in Jukojärvi.

It was such a dropping junction turning to right where the rear tyre hit the edge, it came away with the rim and busted little later which broke the rear corner, Latvala summed his only mistake during the competition.

Latvala wasn’t satisfied with his driving.

– Probably I pushed too hard and due that the driving was too aggressive.

Ouninpohja was the game changer

Latvala said before the start of the competition that the first driving time in Ouninpohja on Saturday would be the game changer. There was loose gravel on the road and the stage was driven as 33 kilometers long and to opposite direction compared to recent years’ situation.

Meeke was 13 seconds faster than Latvala in Ouninpohja. The gap between drivers grew into half minute which was impossible to reach without Meeke’s mistakes. At least it would have demanded risk taking with 110 % and that was something that Latvala couldn’t take due that Sebastien Ogier slipped out of the road on Friday and lost 16 seconds before the car was pushed back on the route. When the seventh place holding, Volkswagen’s Andreas Mikkelsen didn’t drive for the win, Latvala was a very important man for the team.

Meeke didn’t compete for the manufacturers’ points so the second place brought them full 25 for me. When I started to think it, it caused pressures and I couldn’t get maximum out of myself for driving. Fighting for the win against Meeke would have demanded it, Latvala said.

The leg of Ouninpohja, Päijälä, Pihlajakoski and Saalahti was driven twice on Saturday. Meeke was in lead of 41 seconds before Latvala when the twice driven stages of Lempää and Oitti were started on Sunday. Latvala got one WRC point from the Powerstage as he was third.

What is positive thing in this competition is that the gap between Ogier in WRC results narrowed with 19 points, said Latvala who took second podium place for 21st time during his career.

The gap between Ogier and Latvala narrowed to 56 points. Meeke made rally history as he was the first British driver ever win in Jyväskylä. His average speed was also the fastest ever; 126,60 km/h. 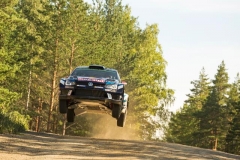 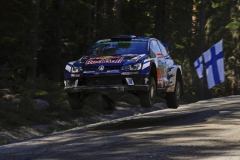 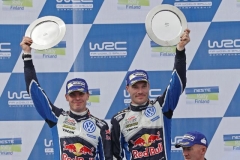 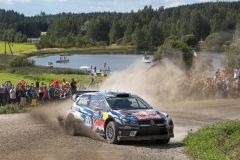 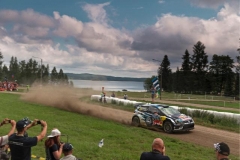 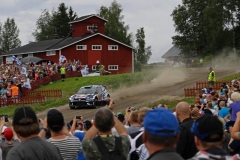 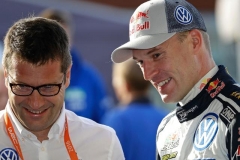 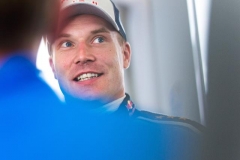 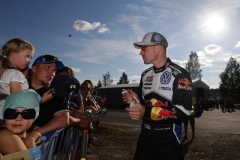 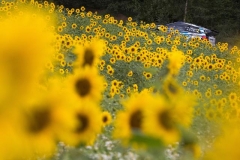 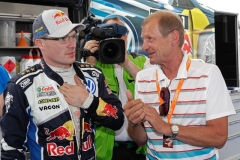 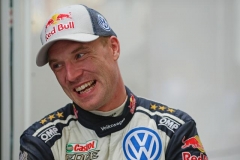 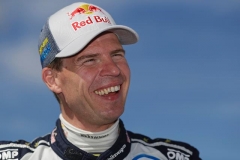 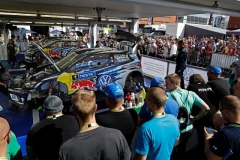