Problem with the gearbox obsessed in Rally Germany

Jari-Matti Latvala did what he could in Rally German after retiring om the first competition day due to problem with the gearbox. With good driving Latvala earned two points at the Powerstage. He also brought manufactures’ points of great worth for VW.

-It’s clear that retirement was a disappointment when thinking the WRC series and as the Rally China was cancelled. Tire choice and changing conditions made the tarmac rally driven in Trier challenging.

– The target on the final day was taking points at the Powerstage which succeeded, Latvala summed up the competition. When the Powerstage, 14,84 kilometers long Sauerta was driven for the first time On Sunday, Latvala was on the sixth position, 5,4 seconds slower than Thierry Neuville who was the fastest on the stage.

– It was ok but I think I still can make it better, Latvala said.

During the second loop of stages Latvala narrowed the gap between Neuville to 2,3 seconds being second.

–        I did my best and it as ok. It was a tricky stage and it could have been easy to make mistake, Latvala said.

Same thing was seen during the whole competition. The weather conditions turned from damp to wet and cutting on the corners brought mud to the road. Latvala was still able to drive the fastest time at the leg driven on the second competition day and to drive second fastest time at three stages, despite the fact that being 10th car on the road wasn’t the best place to start. This tells that he had right kind of pace.

–        When you’re starting the stage after so many drivers, being carefully at the muddy corners was important, Latvala said. 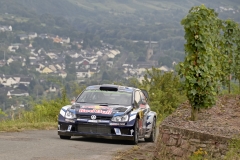 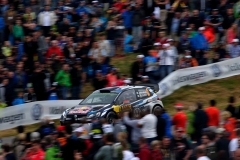 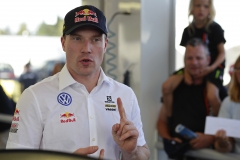 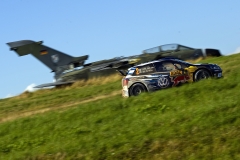 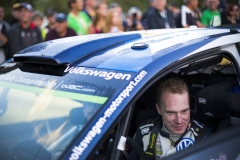 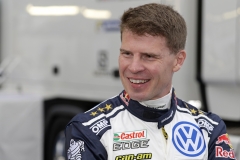 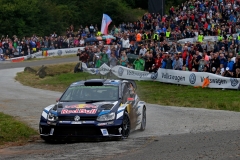