Jari-Matti Latvala was forced to retire because of the breakage of the drive shaft and the control arm in the first day of the Rally Spain. Rally continued under the super rally regulation and Latvala drove seven fastest times. Sebastien Ogier won the rally with VW Polo R WRC and he confirmed their fourth wrc title.

-That was slow muddy left-right corner combo where something hit to right front wheel and broke the drive shaft. We tried to go on with three drive shafts but then cotrol arm broke and the car was stugged in that kind of place that we need to retire, Latvala summed up the situation.

We could repair the tire on stage, but car was in that kind of muddy place of the road that they weren’t able to fix the problem.

-There wasn’t that kind of safe place that we could safely repair the car, Latvala reviewed the situtation.

Rally Spain started with the short super special stage in Barcelona. The first proper rally day with six gravel stages was the similar to last year. Second and third days were driven on the tarmac stages that needs kind of track driving lines.

-In overall it was a good day for us. Only mistake was puncture in the first stage the afternoon loop. We had “don’t cut” mark in our pace notes, but guys in front of us had also cutted the corner, so we had to decide quickly what to do, and that caused the puncture. Latvala told. 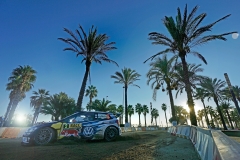 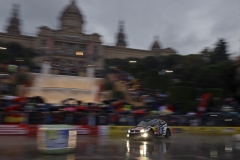 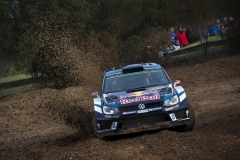 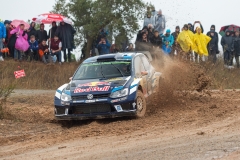 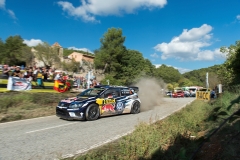 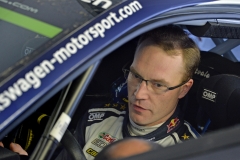 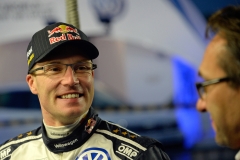 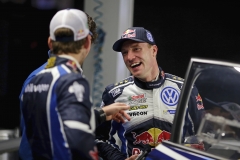 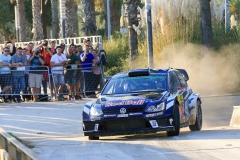 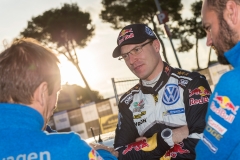 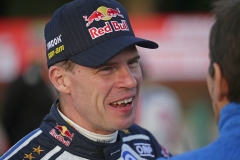