Rally Norway offered a fantastic setting for a winter rally: high snow banks, fast and good roads, Service Park indoors and lots of spectators. I started the race with a victory on my mind because I had won the last snow race. I was the 9 th car on the road on Friday and I thought that I can drive on a clean road making good times, but something else happened. We had Pirelli’s new stud tyres which are as wide as the gravel tyres. Driving in the ruts with these new tyres wasn’t as easy as driving with the old and narrower tyres would have been. I was third by the first service but I was already 26 seconds behind the leader, Mikko Hirvonen. In the afternoon my pace got better when the road was more the same to us all and by the end of the day the difference between me and the leader was almost the same but the leader now was Sebastien Loeb. On Saturday morning I knew that if I wanted to fight for the victory I should drive the fastest times on the long stages. But somehow my driving wasn’t relaxed and when Hirvonen and Loeb attacked on the first stage of the morning I was 15 seconds slower than them. Then I knew that I wasn’t able to drive for the victory but I could still do some good times. After the first stage in the morning I found my pace and I managed to drive two fastest times, too. By the end of the day I was 43 seconds behind the leader. On Sunday Hirvonen and Loeb fought hard for the victory of the rally and Loeb was better even though Mikko fought brilliantly. I just drove nice and easy and ended up third in the race. One corner on the last stage went a bit too long, though. So I was third but it was a bit of a disappointment because I couldn’t challenge Loeb and Hirvonen. After the rally I realized that I might have done a bit wrong set up in the car which was why the car tried to go sideways a lot. My driving must have been impressive but it certainly wasn’t fast; this I had to learn the hard way so that I will be better in the future. 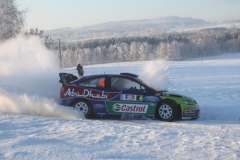 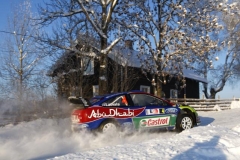 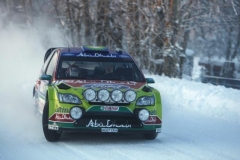 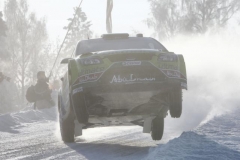 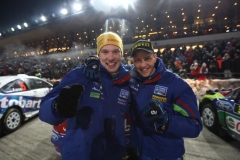 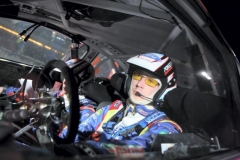 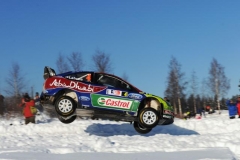 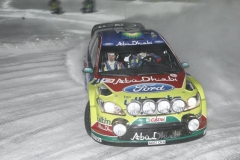 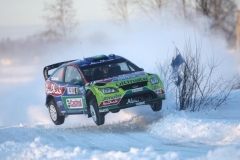 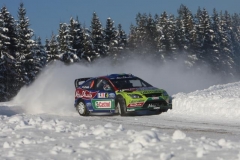 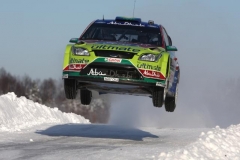 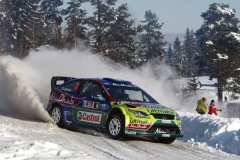 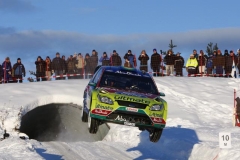 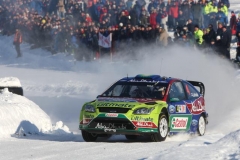 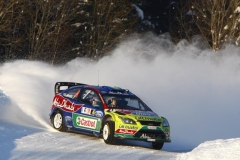 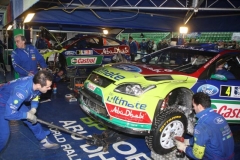 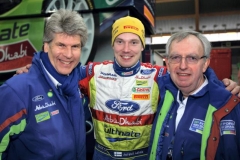 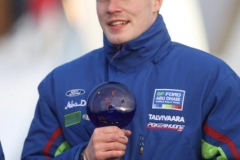