On Thursday morning in the Shakedown my car felt extremely good and it lifted up my spirits. The actual race started already on Thursday evening. We drove a Super Special on tarmac inside of a stadium. I drove with no mistakes and was fifth. Friday morning started on a 20-kilometers-long stage where I drove as the seventh car because that is my position in the series. This helped me in my driving and I managed to drive the fastest time on stage two. The same pace continued on the next stage and now I was leading the rally by 10.6 second before Daniel Sordo. On stage four I was leading but then my world collapsed: I had too many things in my pace notes. I was coming to a slow corner after a faster section. The corner was behind a crest but I was unable to understand everything my co-driver was saying to me so I tried to “see” the road but I couldn’t. This is something you should never do! So there was a slow spot after that crest and I came in much too fast. The car jumped and hit the opposite bank. Only two tyres touched the road and the car rolled through the railing and started rolling downhill. After about 150 meters there was a tree which stopped the rolling. We could get out off the car unharmed but for a while during the rolling I was sure we would die. We are so grateful to our team who has built a strong car and to FIA’s safety equipment. Once again a huge disappointment but there is a new race in Argentina. I have to ease my driving and take some things off my pace notes!!! 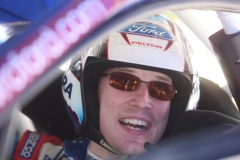 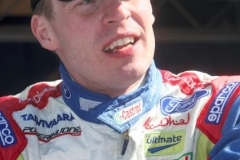 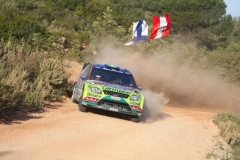 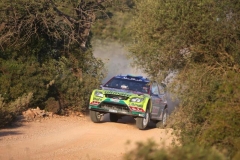 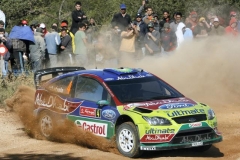 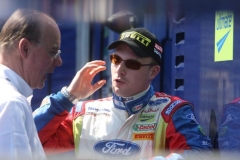 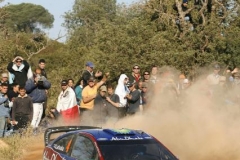 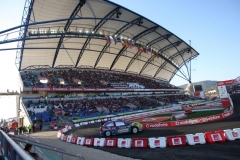 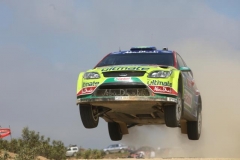 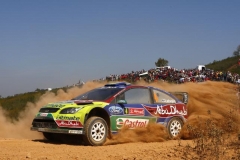