After the victory in Sardinia my self-confidence was better than at any point of this season. In the recce it was almost plus 40 in the car but luckily during the race it went down to plus 30. This was going to be a rough rally both road wise and conditions wise. The rally started traditionally on Friday and my driving went well right away on the first stage and forward. I drove the fastest time on stage one and after that my times were the first, second or the third fastest all day until the last stage of the day. When this stage six started I was leading Dani Sordo by about ten seconds and I hoped I could make the gap between us bigger. Stage six started perfectly and I was really pleased with my driving until in the middle of the stage I braked too late in a slow right and we went too fast to the inside of a corner and our rear end slipped into a ditch where it got stuck in soft sand. For a moment I thought nothing serious happened but the car didn’t move an inch and I even got us deeper while trying to get back to the road. There were spectators nearby but it took a few minutes to lift the car back to the road with the help of them. After three and a half minutes we were able to continue the race but our position dropped so that we were eleventh now far away from the lead. This mistake of mine didn’t make the team very satisfied because Sordo waited on the stage for so long that Mikko Hirvonen had to drive Saturday’s stages as the first car on the road. My co-driver Miikka and I made a strategy for Saturday: we would ignore how the others drive and just drive in such speed we would not break the car or the tyres. This strategy seemed to work well because right on the first stage of the morning Sebastien Loeb drove off the road and had to retire and on the third stage of the day both Sordo and Henning Solberg hit the same rock and continued in the SuperRally. During the day many other drivers had problems and because even by driving I was able to catch some drivers so by the end of the day I was suddenly third. Hirvonen was leading and Sebastien Ogier was second. On Sunday we used the same strategy as on Saturday and because there were no changes in the lead and we had no problems the results stayed as they were: Hirvonen won, Ogier was second and I was third. Once again Acropolis showed its roughness but a good fight paid off. 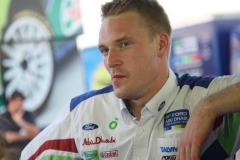 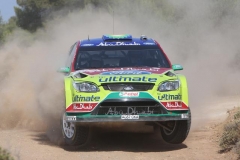 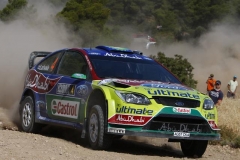 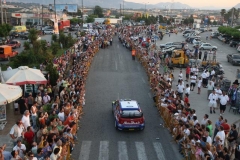 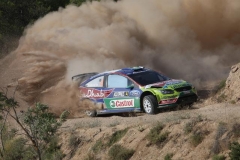 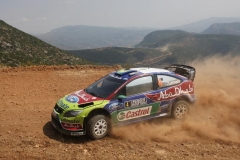 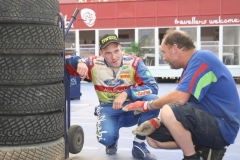 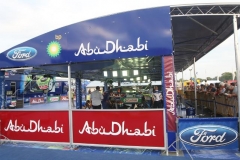 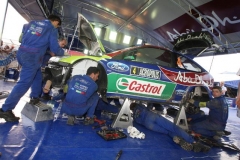 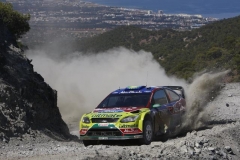