It was again time to drive Rally Australia after three years. The event had been moved from the western parts of Australia to the eastern country, from Perth to the areas near Brisbane. The scenery was more like in New Zealand than in Australia. There were demonstrators on the road sections who protested against driving in the woods but luckily only two stages were cancelled because of them. The rally started on Thursday evening with a super special driven twice on tarmac in Murwillumbah. The stage was driven using gravel tyres and the differences were big. The ones who had the most worn tyres succeeded best because the car sways less with worn tyres. Sebastien Ogier was the fastest on both of those stages while I was forth and fifth. The actual race started on Friday with stages on gravel: in the morning fast stages and in the afternoon technical stages. I was a bit asleep at first but when I found the rhythm I was able to drive six fastest times. I was leading the rally at the end of Friday and Sebastien Ogier was second, Sebastien Loeb was third, Dani Sordo fourth and Mikko Hirvonen fifth. On Saturday I was the first car on the road which was more difficult than I expected: I was unable to find the rhythm on fast stages with lots of loose gravel and I could not attack enough and keep the others behind me so later during the day they started to catch me and on the last forest stage of the day I jumped into a ditch which broke the rim and led to a puncture which took 50 seconds. After my puncture the Citroen team made a tactics where they forced Hirvonen to be the first car on the road on Sunday. Sordo was now number two, Loeb number three; I was fourth and Ogier fifth. On Sunday I tried to pressure the Citroen drivers but a puncture on stage two ruined my plans. On loose gravel in a slow left the rear end of my car hit the bank and the tyre got off the rim. There was 20 kilometers to the finish and I lost again 50 seconds because of the flat tyre. I dropped to the fifth position and the rest of the race I just concentrated on getting to the finish. The result after all the stages: Loeb number one, Hirvonen number two, Sordo number three, Ogier number four and Latvala number five. But the official result was something else: Hirvonen won, Loeb was second, Sordo third, I was fourth and Ogier fifth because in the inspection after the race they found antiroll bars in the Citroens that were against regulations so all Citroen drivers got a time penalty of one minute. This was so far the hardest rally ever in my career because the days were longer than normally leaving us only five to six hours to sleep. I was disappointed with my performance but still I was able to get to the finish which was most important together with the fact that we got some points. 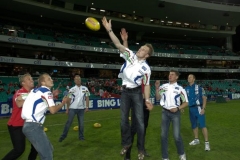 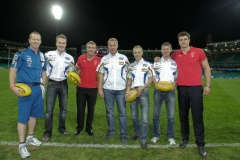 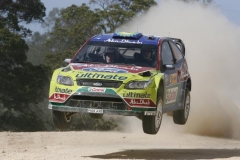 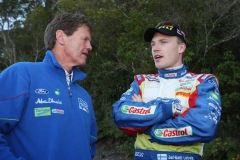 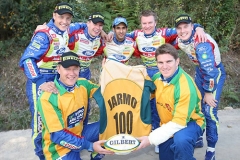 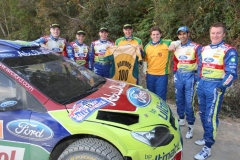 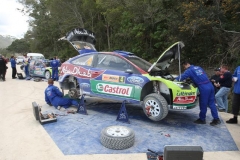 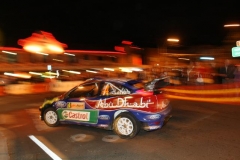 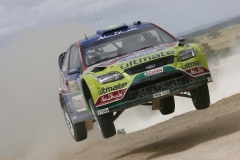 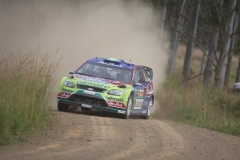 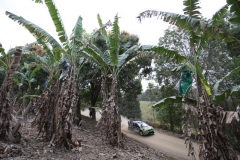 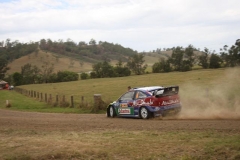 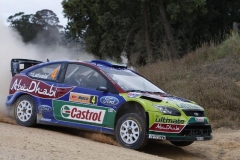 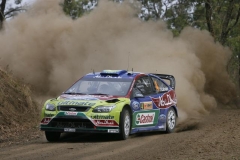 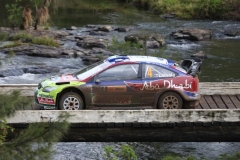 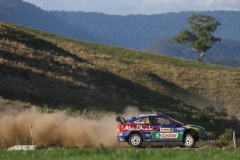 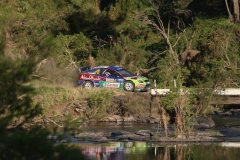 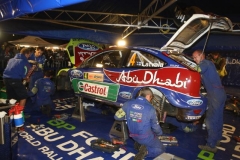 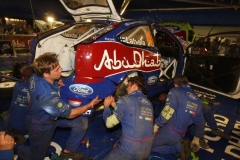 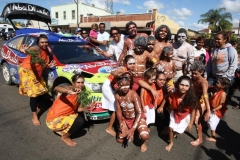 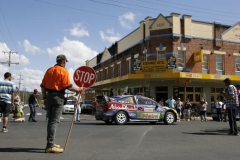 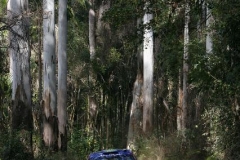 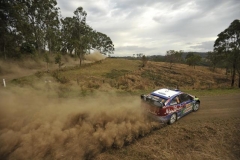