I reached my goal in Rally Spain. Being second in the race lifted me to the third place in the whole series. I have one silver medal and three times I have been fourth. I have enough fourth places so I do appreciate my bronze medal. This has been a very difficult season so it’s good to end it like this. Now I can leave team Ford with a good feeling. The season ended on Father’s day and my father Jari was in Spain to watch the race. He met me in the finish and was very happy for my success. I gave the bottle of champagne that was given to me on the podium to him as a Father’s day present. I was happy but also sad. After the race all the team members wrote their names on my car and in the last service I was very emotional. It would be nice to have that hood with all the autographs as a souvenir. I was interested to buy the whole car but didn’t have enough money. At the beginning of the season Malcolm Wilson said that if I won the Title I’d get the car which did not happen, unfortunately. During my last day in Ford I drive customers in a WRC car and after that there is a new beginning for me. I start in a new team, VW, which gives me lots of motivation and new things to learn. The end of the year will be very busy. M-Sport has given me a permission to start testing VW’s rally car. I also need permission from Ford’s marketing division. If I get that permission I can participate in the huge testing project by VW in Mexico and France. Furthermore, there is getting to know the team and physical exercises; all in all so much to do that I only have about five free days before Christmas. My team mate for now on is Sebastien Ogier who seems like a nice fellow. While he was in team Citroen he came into quarrelling with Sebastien Loeb but I don’t think that we’ll have problems. I trust that VW will control the situation between us two drivers. The most important thing is that we are equal, no number one or number two driver. We both want to succeed individually but we have to think of the team, too. Back to rally Spain: one man was once again too fast. Loeb won although I managed to get very close. I was only seven seconds behind. Next season is going to be a very interesting one because after ten years the Title winner can be anyone else, not Loeb who is only driving a few races. This increases us other drivers’ hunger and brings more color to the series. 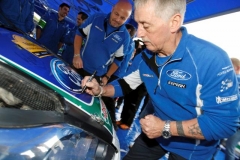 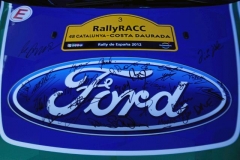 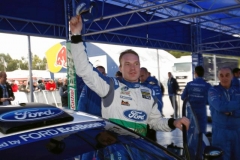 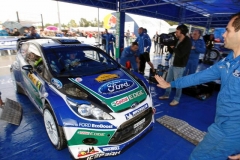 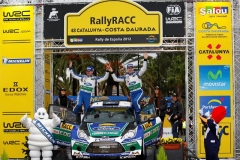 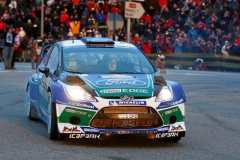