Problem with damper dropped Latvala from the podium

Poor tests ruined Jari-Matti Latvala’s chances to fight for the victory on the superfast roads of the Rally Poland, that came back to WRC-calendar after five years, as slightly renewed.

– There was a problem with the car setup when the rally started. It was caused by pre-test that wasn’t success. There were many junctions on the test-road and that’s why it was too slow. Therefore, the setting was too hard, says Latvala who reached the fifth place in the competition.

– The worst situation during the rally is that you have to change the car setup, just like I did. Second last day of the rally we hit the rock and the mounting of the upper part of the damper broke.

– The breakage of the damper dropped Latvala’s place from the third to seventh, but he was able to reach the fifth place.

– We fixed the damper right after the stage, when there was one stage to go before the service. Then we fixed the structure again before the start of the next stage. This turned out be mistake. The structure broke and there we lost the podium-place.

On the final day of the rally the setup of Latvala’s car was right and he drove really hard to catch Mikko Hirvonen who was in fourth place. At he end of the rally the margin to fourth position was only 0,7 seconds.

– I could have driven faster the last stage of the rally, Powerstage, if I had had better touch with the stage. The previous day, when the same stage was driven for first time, I had the problem with the damper so I drove it quite steadily, said Latvala who was third on the Powerstage. VW’s Sebastien Ogier was the winner of the rally and he left behind VW’s Andreas Mikkelsen and Hyundai’s Thierry Neuville.

– Great competition, but in the future some things will need to change. The competition days were even 16-17 hours long and there were long waiting times between.

– Also the two special stages driven in Lithuania turned out be a mistake of the rally organizers. The soft stages were driven only once before the road got so bad condition that the stages had to cancel before the second drive… 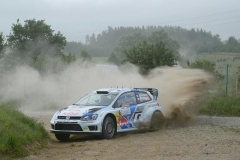 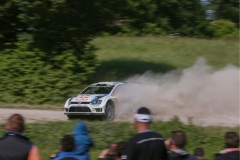 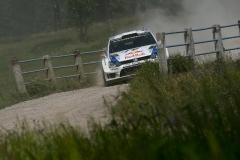 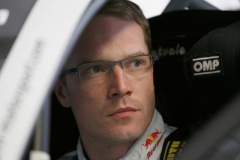 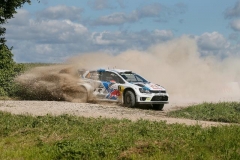 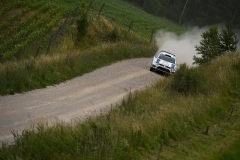 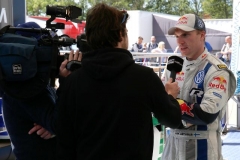 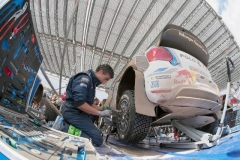 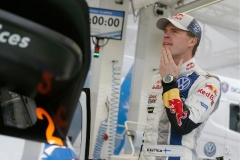