Back in Argentina after two years. I was not there in 2012 because of the broken collarbone. Argentinean soft gravel roads with occasional upcoming big rocks demand a lot of tyres and suspension. A break of two years showed in the recce. I had forgotten the nature of the old stages and had to make the notes all over again. The race itself started well because I won the qualification. I took the twelfth driving position because there would be lines on the roads and not much loose gravel which would make braking easier for me. The first day was uneven though. I had a good pace but the breaking of the handbrake made my driving difficult on the serpentine sections. It was difficult to take the corners on those tight roads with no handbrake. I lost about ten to twenty seconds because of that on the first day and I was fourth. My teammate Sebastien Ogier was leading. On day two I tried to catch Mikko Hirvonen but I had a slightly wrong set up and couldn’t drive smoothly. Mikko drove faster than me but he faced problems in the afternoon and he dropped to the sixth position. I attacked but had a puncture on stage nine. Luckily my co driver Miikka and I were able to change the tyre in one minute forty seconds. We stayed on the fourth place overtaken by Evgeny Novikov by eight seconds. Sebastien Ogier drove slightly off the road on stage seven which gave Sebastien Loeb an opportunity to take the lead. On the last day I fought myself onto the podium pass Evgeny Novikov. I took a risk on the second last stage and managed to pass him by 4.9 seconds. I also won the power stage, the legendary El Condor, and got three extra points. Novikov span on the last stage but stayed on the fourth place. I drove my best Volkswagen Polo R WRC day so far because I was the fastest on every stage of the day. Sebastien Loeb won the rally for the eighth time and Sebastien Ogier was the second in this over 400 kilometers’ long rally. 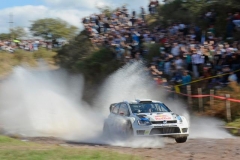 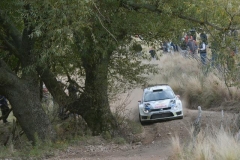 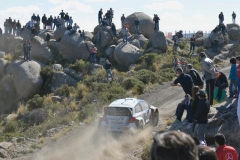 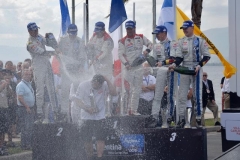 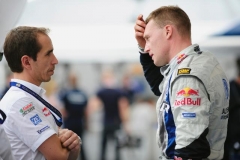 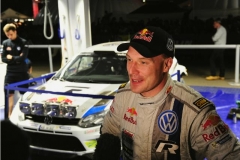 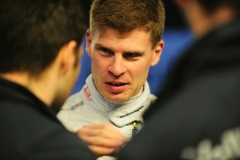 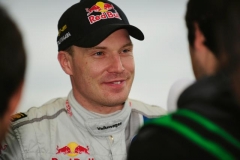 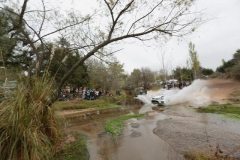 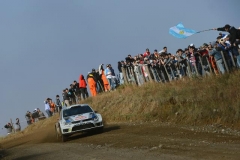 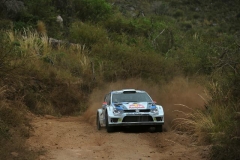