This year the center of Rally Italia moved to the Sardinia’s Catalan center, Alghero. However, legendary twisty and rocky stages remained unchanged. Due to the change of center place there were long road sections which set some challenges for drivers, just like the technical features of the race did.

VW’s Jari-Matti Latvala was frustrated with the brake problems occured at the beginning of the race.

The front brake leaked liguid through the ventilation screw. Tightening the screw, adding liquid and bleeding the brakes were the keys to fix the problem. After that Latvala put on a spurt and raised his ranking from the 10th position to the lead of rally, 22,4 seconds before his team mate, Sebastien Ogier.

Raising the ranking was eased by Juho Hänninen’s crash, Mikko Hirvonen’s stop when his car led up in flames and by Hyundai’s Thierry Neuville who met some technical problems.

On second day of the race Latvala almost reached the half minute lead but the setbacks occured during the twice driven, near 60 km-long special stage dropped his standing in third.

– During the first driving the sensor of the motor caused problems. It informed that the engine was heated up to 132 degrees and told us to stop. We slowed down and looked for a stopping place, when I noticed that the engine started to cool and I continued driving. Engine worked well to the finish of stage, but that episode costed many seconds, Latvala said.

–  On the second driving I made a mistake. The car jumped out of the racing line and a stone hit and cracked the another rear wheel and we needed to change the tyre. The second position could have been possible to reach, if the brakes hadn’t overheated at the end of stage, on the 20 kilometres long downhill section. The cooling system just didn’t cool enough in the 30 degrees heat and on this long stage.

Extra points from the Powerstage

Latvala tried to reach the second position during the last four stages of the Rally. He won two of the stages but Mads Östberg who chosed the tyres better, took the second position. The winner of the rally was Sebastien Ogier. In World Rally Championship he is now 33 points in the lead before Latvala.

Latvala got little comfort when he was second on the Powerstage. This gave two extra WRC-points for him. The special stage winner was Andreas Mikkelsen, and Ogier was third.

Every time I win Ogier – even it was only one point – it’s a good thing, Latvala said. 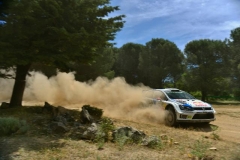 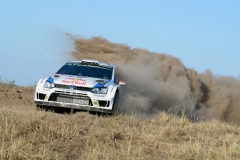 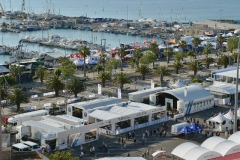 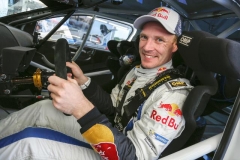 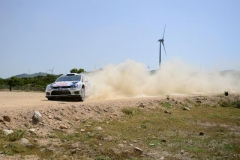 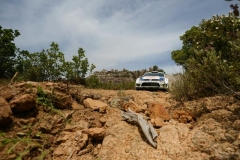 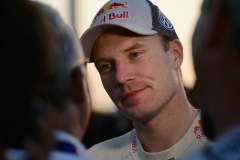 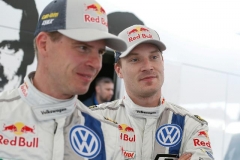