Rally Sweden was driven from Wednesday to Saturday because of the Olympics in Sochi. 328.4 kilometers mostly in Sweden but also in Norway led to a fine victory for me and gave me the leading position in the series. I drove with good self confidence and I made no mistakes. On the last day of the rally we drove a sprint stage in Hagfors and my tyres were almost totally worn out. Andreas Mikkelsen was much faster than me because of that. That was the only bad moment throughout the whole race. The conditions varied a lot during the rally: ice in the morning and loose snow, slush and gravel in the afternoon. You had to keep a straight line because the stud tyres were wider than normal tyres. And you also had to try and save the tyres if it only was possible in that fast rally of Sweden. I felt good and my driving felt good the whole time. We drivers of team Volkswagen dominated the rally. We took 20 out of 23 fastest times, I took five of them. At the beginning Sebastien Ogier tasted the snow and lost four and a half minutes in the snow bank. In the end he was sixth. After Ogier was out of the battle it was only Mikkelsen and I who were fighting for the victory. Andreas was a worthy adversary until on Saturday on stage two he took one corner a bit too tight and the snow made his car engine overheat. I was glad we were allowed to compete with each other all the way to the end of the rally. The power stage (15,87km) was driven in Värmullsåsen. Mads Östberg won that stage I was second and Mikko Hirvonen was third. Mads Östberg (Citroen) and Mikko Hirvonen (M-sport Ford)were fighting for the third place of rally Sweden but Mikko eased up a bit before the power stage(to save tyres) so Östberg took the third place in the whole event which I won and my team mate Andreas Mikkelsen was second, Mikko was left fourth. Because of all the points I gained there in Sweden I took the lead in the series. 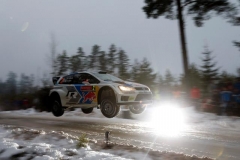 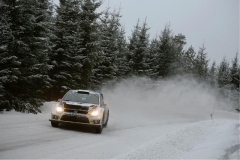 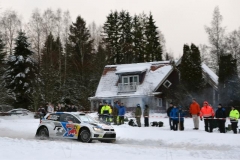 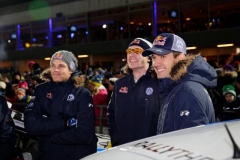 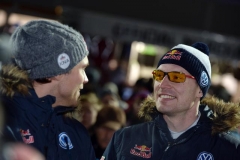 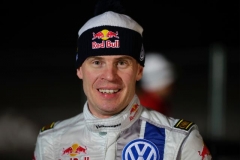 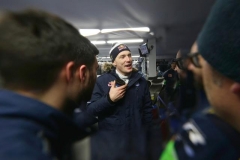 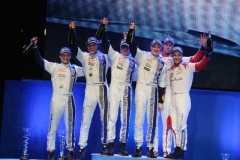 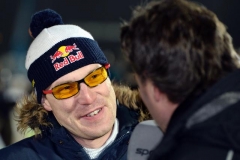 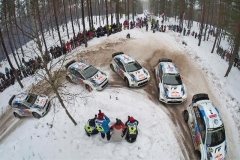 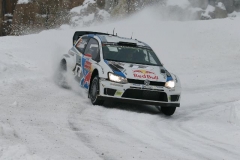