Temperature was over 30 celsius degrees for all the weekend and special stages takes place over 2000 metres above sea level these circumstances requires a lot from the car. Last year we had engine over heating problems and unfotunately we weren’t able solve all those for this year.

Our car had improved a lot from last year but still we had technical problems caused by engine over heating. From my car battery recharger broke up and Ott Tänak had turbo problem.

With Sisu we were able to reach eight place and from the Power Stage we got four bonus points. Sebastien Ogier won the rally, Dani Sordo was second and Kris Meeke was third. Sebastien Loeb was the rank outsider and he reached fourth place at the end. Loeb even lead the rally on saturday. 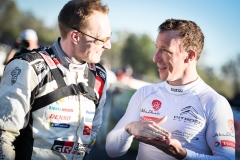 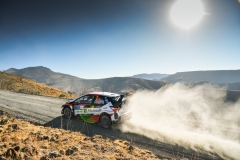 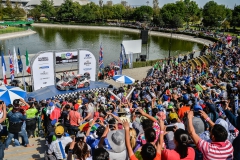 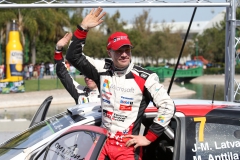