Once again I noticed that Rally Germany is definitely one of the most difficult rallies in the series. However, I was able to drive my best tarmac position. Leaving Monte Carlo aside Rally Germany is the toughest tarmac event in the series. What makes it so difficult is the cutting in the corners which brings mud and gravel onto the roads. Even the test roads lack character in Germany. For example in Catalonia there are much nicer tarmac roads. Losing two minutes to Sebastien Loeb is a lot but one must remember that Rally Germany has always been very difficult to me. My aim was to get to the podium. I was second so I did what I expected and I’m content. Once I went a bit off the road but all in all it didn’t matter so much. This result certainly increased my self confidence. In the afternoon on Saturday we started to make sure we will be second in the race. All we had to do was to keep Mikko Hirvonen behind. My performance was too uneven; there were good but also bad moments. I sincerely hope that I will be able to challenge Loeb in coming events, especially in Rally Catalonia. I also hope that Loeb won’t finish his career this season. Team Volkswagen is coming to the series with big budget and it would be nice to see how a German make is competing with the Citroens and Loeb. My aim is to be on podium in the last rallies of the season. I was third in Jyväskylä, second in Germany, first in …? In the score I have a possibility to be third which interests me a lot because I have been fourth so many times. Thierry Neuville made once again a positive impression in Germany although he went off like in Jyväskylä. Neuville and an Estonian Ott Tänak are the young drivers who will more and more challenge us top drivers. There have been lots and lots of rumors on my next year’s team. My manager Timo Jouhki is still negotiating. If I will drive in Team Volkswagen like so many papers say is still uncertain. We will see. 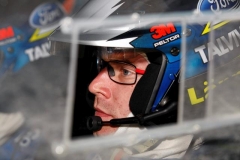 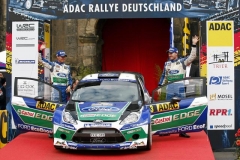