This is one of the most difficult rallies of the series due to tricky roads, heat and lack of fixed points on the stages. The race started already on Thursday at eleven o’clock with a ceremonial start. After that we headed directly to the stages. I drove the fastest time on the first two stages so we were able to compete with the Citroens. My car felt great to drive on slippery gravel roads so I was feeling terrific. The first day went smoothly with no mistakes and the car was working like a dream. On the last stage of Thursday there was some tactics to be seen when some of the competitors drove more slowly to get a better position for the next day. My team, co-driver Miikka Anttila and I myself decided to drive as usually and maintain the lead. After Thursday I was leading by 30.2 seconds to Sebastien Ogier. Sebastien Loeb was third 31.8 seconds behind me. On Friday morning my team mate Mikko Hirvonen had to retire after cutting too tightly onto a bank. He broke his left front suspension in that. I was the first car on the roads with lots of loose gravel so it was very challenging to drive. On Friday we also drove the longest stage of the whole rally, over 40-kilometre-long Jordan River. This was not only the longest but also the most challenging stage of the rally and it was driven twice. Jordan River wasn’t good for me because I lost over 20 seconds to Loeb both times we drove it and yet on the other stages I was pretty close to him. After a difficult Friday Loeb was leading the race, Ogier was number two 24.6 seconds behind Loeb and I was third 27.7 seconds behind Loeb. On Saturday morning the rally changed radically because of a larger scale tactics: Ogier started as the first car taking time penalty on purpose, Loeb started as the second car, Hirvonen (SuperRally) took the third place and I was number four. The reason for all this tactics was to get better driving positions but this was not good sportsmanship any more. I tried to give Loeb some pressure on the first stage of the morning so eagerly that I had a couple of events on the way but still I lost 0.4 seconds. After this first stage I concentrated on driving as number two in the rally because I no longer had Ogier competing with me; now my worst threat was Petter Solberg. He attacked on the second stage of the morning and was now only 12.7 seconds behind me but luckily I was able to increase my lead. Finally everything went as planned and I finished second. Loeb won and Petter Solberg was third. I was very pleased with my position and so was my team. 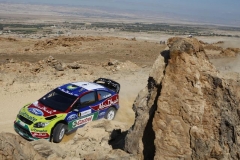 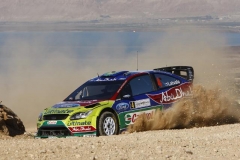 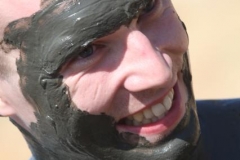 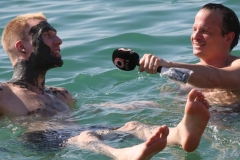 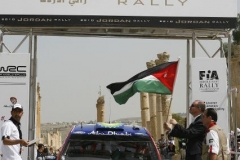 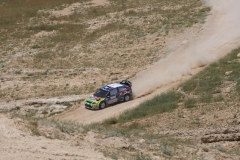 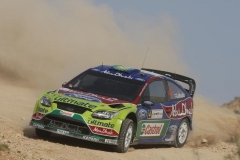 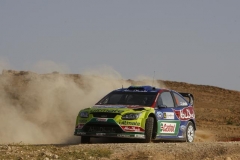 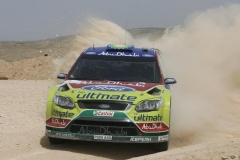 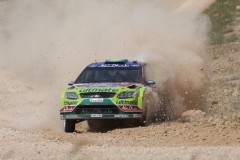 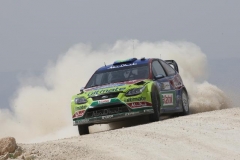 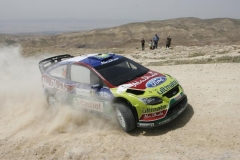 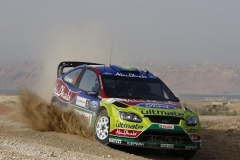 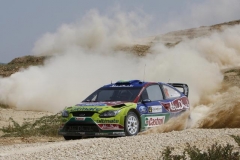 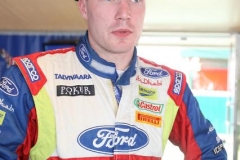 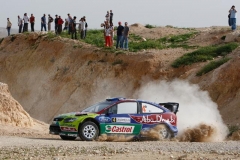 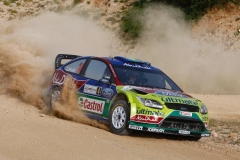 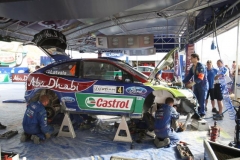 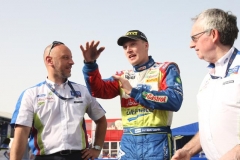 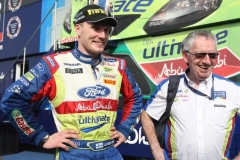 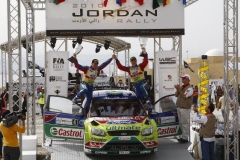 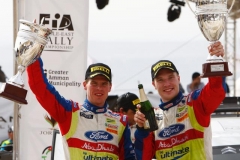