The race came back from Hamilton to Auckland after five years. The main service, the Shakedown and the Super special stage were downtown, on the same tarmac road. Auckland’s central location made it possible to start the race on northern stages which haven’t been driven in five years. On the second day of the rally we headed south of Auckland to drive stages more familiar from the latter years but there were also new sections. The third day was the same as two years ago when this rally was driven the previous time. We started on Friday and finished on Sunday afternoon. I concentrated on driving fast but at a steady speed without taking any unnecessary risks like the team driver number two should do. Many drivers made minor mistakes due to slippery roads and the change of campers on the roads. Sebastien Loeb was the fastest driver but he drove off the road twice and he had two more events during the race. Sebastien Ogier was driving this rally for the first time and compared to his lack of experience he drove brilliantly. The lead changed many times during the race and the winner was clear only on the last meters of the rally after 400 raced kilometers. The last stage of the competition was Whaanga Coast (about 30 kilometers). While starting that last stage Sebastien Ogier was leading me by 6.2 seconds, Petter Solberg was third 10.6 seconds behind me and Loeb only less than a second behind Petter. Petter drove off after five kilometers and retired. Loeb had a spin at the end of the stage and lost about 12 seconds. Ogier and I were battling of the victory and in the middle of the stage I was five seconds ahead of him but at the end of the stage he drove faster. When there were only less than ten kilometers left of the stage I was only about three seconds ahead which was not enough to beat him overall. I tried to push harder but that was a mistake because now the car started to go sideways. By the end of the stage I started to believe that I had lost to Ogier but three corners before the finish line I saw bumper parts on the road. They were from Ogier’s car. He had a spin three corners before the finish and lost about ten seconds and when I reached the finish I had won the rally by 2.4 seconds, third smallest gap in the history of rally racing. I felt unbelievably great because I didn’t drive a single fastest time on the race, so I wasn’t the fastest driver of the rally, but I was the steadiest. When this season started and I was told to be the driver number two in our team I didn’t even dream of winning rallies so I got a great bonus by winning this race. Being driver number two in the team seems to be my thing. In the race Ogier was number two, Loeb was left third, Mikko Hirvonen finished as fourth and number five was Dani Sordo. 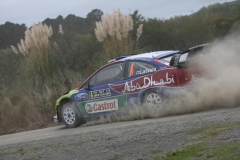 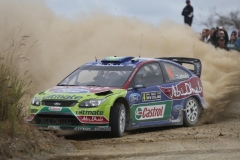 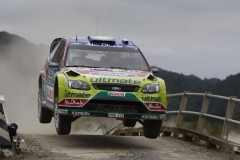 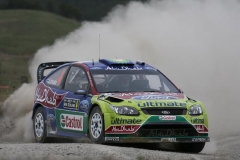 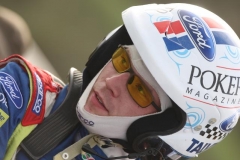 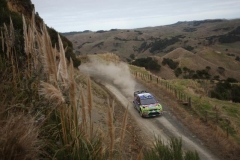 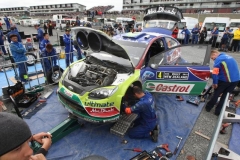 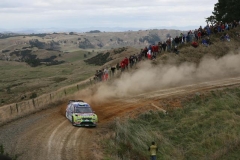 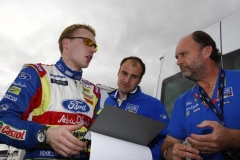 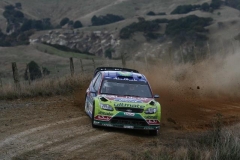 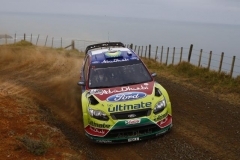 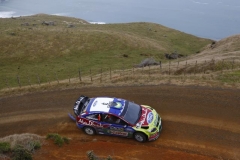 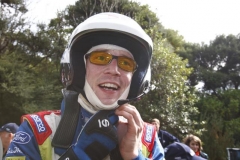 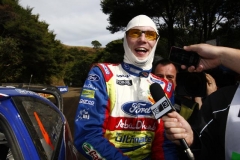 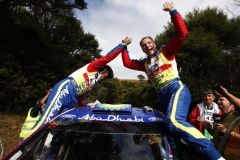 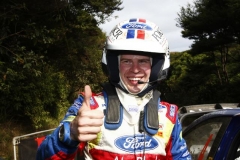 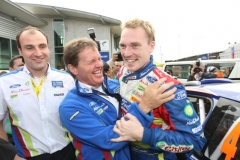 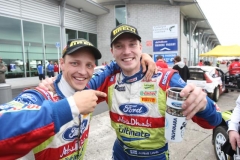 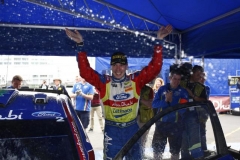 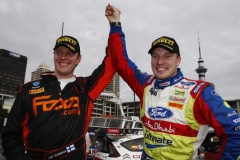 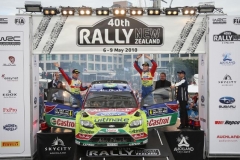 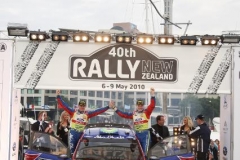 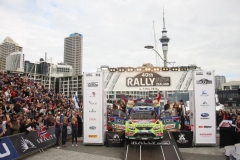 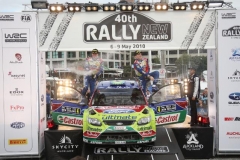 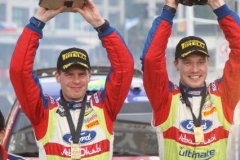