My first time in this rally was ten years ago. That was also my second in the whole series but first with a WRC-car (Ford Focus WRC 2002). Time flies fast but luckily some development happens during the passing years. In 2003 I was tenth and now I won, a victory deeply missed and hoped for. This was my first victory in team VW and it was great to get it in a classical event. The qualification went badly for me; I was ninth (the worst ever). That’s why I was a bit angry at myself and started to attack right on the first stage. I was the third car on the road on that 48 kilometer-long stage. Many incidents happened on that first stage: I drove one corner a bit too long and had to reverse, Sebastien Ogier had fuel problems, Mikko Hirvonen broke his steering and Mads Östberg split a rim. Stage two was driven in the dark but there were no surprises. After day one Evgeny Novikov was leading, Sordo was second and I was third. On day two I started to put up my space still avoiding bigger risks on bad sections. I passed Sordo on stage three and on the next stage Novikov took one corner too widely and broke a tyre plus the suspension which meant that I took the lead of the rally. After that Miikka and I drove very controlled minding the conditions. Because of his bad start of the season Sordo did not want to challenge me but concentrated on taking the second highest points. There was not much change after that. I won by 1minute 50 seconds, Sordo was second and Thierry Neuville took the third place. Last day was difficult: I had to concentrate on keeping the car and the tyres intact. Last stage felt never-ending; I had to go round every stone and bump, I worried about the car but everything ended up perfectly and I won. No extra points for me on the power stage which Ogier won, Novikov was second and Andreas Mikkelsen third. 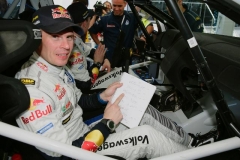 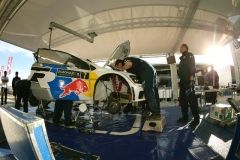 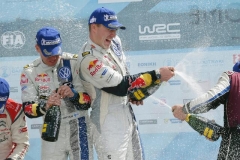 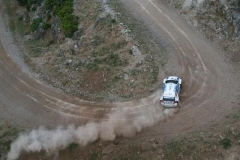 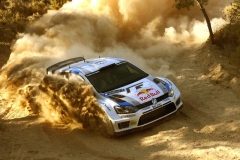 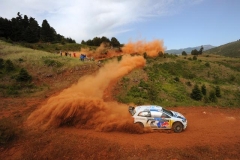