This was the first gravel event for the season and for me in my new VW. We tested the car in Mexico in November 2012 before the car was classified. The rules of today say that testing of classified WRC cars can only take place in Europe. I took some time off and prepared myself for the race in California getting used to the heat and the time difference. In qualification I was seventh because I had harder tyres than the others. Softer tyres give better performance but they don’t last as well in hot conditions. Our aim was to save the tyres whose total amount was only 28 for the whole rally, qualification included. The longest stage was about 55 km which demanded a lot of the tyres in plus 30 degrees. On Thursday there were only two special stages which started the rally. On the latter my engine stopped in the start and I lost about five seconds. This put me on the ninth position after Thursday. On Friday I was able to drive the stage number 3 only for about 300 meters when I hit a stone that some car before me had raised onto the road. I could not go around it because I could not see it until it was too late. It broke the front suspension arm and that was it, no more driving for us. There were no words to describe our feelings. Rally2 rule made it possible for us to continue the race on Saturday which I took as testing of the car. I was able to find more confidence with the car and I was also able to get a good rhythm on Saturday and Sunday which gave me one extra point on power stage although I was the first car on the road there. In Mexico the farther back you drove the cleaner the road was, incredibly much cleaner which added the grip a lot. My team mate Sebastien Ogier won, Mikko Hirvonen was second and Thierry Neuville third (his first podium). 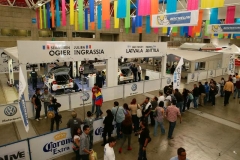 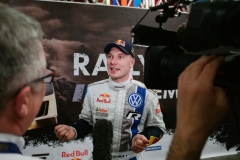 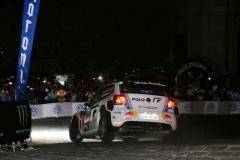 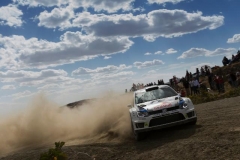 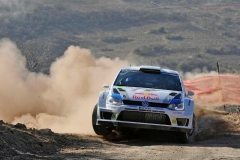 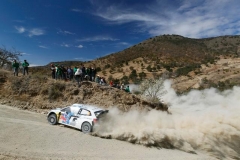