Latvala raised Toyota team up to the group of winners

The team of Toyota and Jari-Matti Latvala were happier than ever as Latvala drove his WRC Yaris to the podium in the end of Rally Sweden. Hardly anyone would have believed Toyota to be the winner already in it’s second WRC competition. Latvala earned his fourth win in Rally Sweden with his perfect driving.

“I got good tips from Tommi for Sunday. He told me to to just keep the focus on driving and that’s what I did”, Latvala summed the final day of the rally.

Latvala was already prepared to start the final stages of Rally Sweden from the second position but he climbed up to the leading position as Thierry Neuville hit to concrete block on the last stage driven on Saturday. However, Neuville’s mistake didnt’t bring the win for Latvala. Ott Tänak from Ford and Sebastien Ogier started near 60 kilometers long final stage 3,8 and 16,6 seconds behind Latvala.  On Sunday rhe icy road helped Latvala in the battle against Tänak and Ogier who came as second and as third to finish, being 29,2 and 59,5 slower than Latvala.

“I got difficulties with turning my car properly on sand based track surrounded by snow. I have so aggressive driving style, that’s not good in conditions like that. It was frustrating”, Latvala said.

Latvala topped off the competition with the fastest time at Powerstage in Torsby and earned five extra points. He could have slowed down for confirming the victory as the gap between Tänak was 20 seconds but instead of slowing down, Latvala drove the fastest time.

“First two kilometers I was struggling a little bit. Then it got better”, Latvala said.

Overall, Latvala drove six fastest times. On the first competion day Latvala drove as fast as Hyundai’s Thierry Neuville until he had to give in at the second last stage of the leg.  When they came to the overnight break Latvala was in second position, being 28,1 seconds behind rally leader, Neuville.

“I couldn’t believe that I could drive this well. Specially the morning loop was great as the roads were icy and the grip was outstanding”, Latvala summed up.

This year the rally Sweden has 31,6 kilometers long special stage in Knon where the fastest times on the stage means average speed of 137 km/h.

It was the fastest stage on my WRC-career, Latvala said. 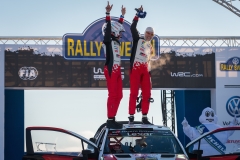 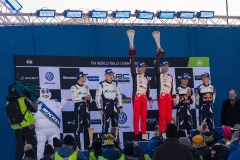 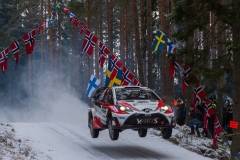 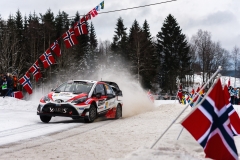 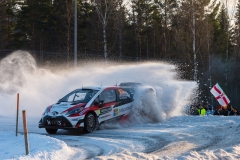 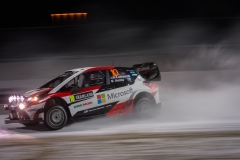