It was really interesting event coming because both manufacturers and drivers WRC titles were open and top of that Sebastien Loeb was participating. Gravel stages were traditional but quite many of them reversed compared to the earlier years.

The car felt really nice from the start of the rally and feeling was really nice. We were in the really good pace, but on the stage 4 La Fatarella I hit the loose rock that caused a puncture to the left rear tyre. I drove more than 10 kilometre with the broken tyre and that broke the side of the car and I were really pissed off. I haven’t been so angry at the end of stage for a while, but there was fastest time coming in that stage without that puncture, but now I lost 40 seconds. I got some power from that anger and we had really nice speed during the rest of the day. At the evening I had climbed up to the fifth place from place 10.

The second day of the rally started in wet tarmac and cars were changed to the tarmac setup. Because it was so wet I choose the wet condition tyres and those were working really nicely. I drove with wet condition tyres for all day and because of the puncture for Ott Tänak I was leading the rally after two days. I had made right tyre choises and driving had been really smooth and relaxed.

In the sunday morning weather was quite cold but roads were drying because of the wind. Sebastien Loeb took a risk with hard tyre compound and he beat all the other top drivers who had choose the soft compound. Before the last stage of the rally I was 7,1 seconds of the Loebs lead and I decided to fight for the victory. Hard attack didn’t pay off and I hit the railing post and that disabled steering. I drove carefully to the end and we dropped to the eight place.

Sebastien Loeb did the magnificent performance and won the WRC event after five years. Ogier was second and Elfyn Evans was third. 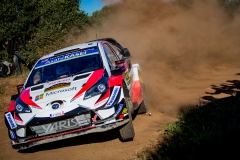 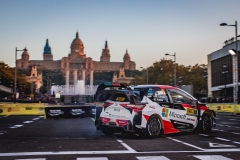 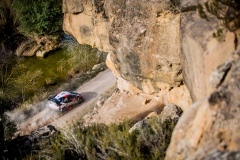 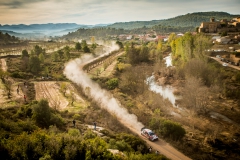 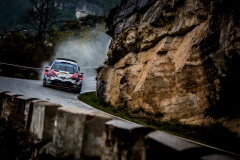 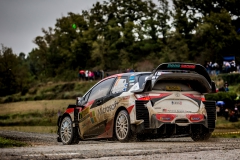 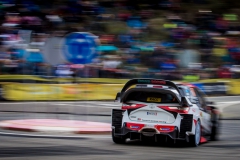 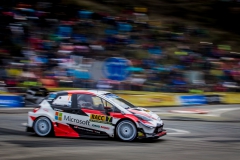