Latvala earned WRC-points and jumped to the podium

Last year Jari-Matti Latvala lost his chance for the win battle in Rally Sardinia due to a puncture and problems with damper. This year he took the second place. It’s his best position in Rally Sardinia since 2009 when he won.

This year the winner was Hyundai’s Thierry Neuville who was able to take all out of his good starting position as eighth car on the road during two first driving days. Latvala who was sixth car on the road on two days drove three fastest times and fought for the win but this time the Belgian was 24,8 seconds faster.

This time he was faster than me. I couldn’t beat him when the stages were driven for second time, Latvala admitted.

Latvala took one WRC point at the Powerstage and managed to keep his team mate Sebastien Ogier behind. Ogier who leads the WRC was third in Sardinia.

Rally Sardinia took place on slightly better conditioned roads than what it did last year. There were two new stages compared to last year’s rally.

Monti di Ala the scene of the win battle

Latvala started the competition with care because he had got WRC points from only two out of five competitions in this season.

We really needed to drive the competition without mistakes and take manufacturer points. We managed to do that which increased the gap between us and Hyundai on manufacturer’s serie, Latvala summed up.

On the first leg of the competition there was a problem with the front differential lock of the car. The car oversteered and understeered and consumed the tire badly.

I could drive fast only at short stages and at straight, fast sections but not in the slower sections, Latvala said.

On the Friday’s leg Latvala lost the win battle against Neuville with numbers 2-5. On the second leg of the rally Latvala drove one fastest time and climbed up being only three seconds behind Hyuindai’s Belgian driver.

Neuville took a decisive step when the leg of three stages was driven for second time on afternoon. He was 10,8 seconds faster than Latvala at 22 kilometers long Monti di Ala -stage.

Neuville didn’t drive for the manufacturers’ points at this competition, so he could take more risks than me, which was seen at the stage of Monti di Ala. On the other hand, I may have started the stage too carefully as I broke the car there on three last year.

Neuville started the final day of the competition being 16 second ahead of Latvala and kept his position. 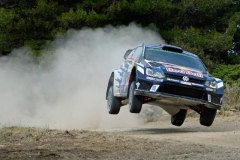 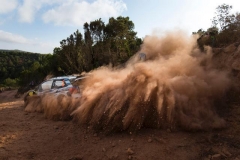 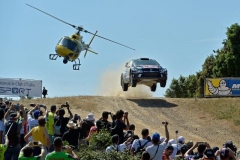 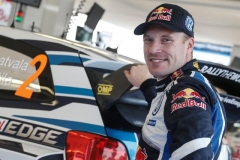 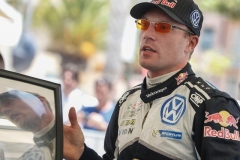 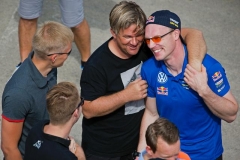 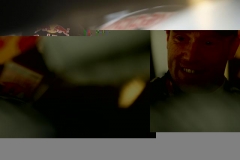 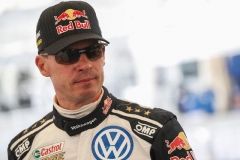