After seasons third podium position Jari-Matti Latvala wasn’t happy with the result. Latvala was second at the Rally Sardegna, but he felt that there were change to catch up more WRC top position.

“The Power Stage was frustration. I wasn’t at my best at the Power Stage and Ogier was able to get more points than me.” Latvala told.

Before the last stage of the rally Latvala was at the second place and Ogier, who was leading the WRC, was sixth. At the last stage Ogier catch up Juho Hänninen because of malfunction of his Toyota’s power steering. The problem was the same as it was at saturday.

At Power Stage Latvala made mistake at the slow corner and he lost time there. He was fifth at the Power Stage and reached one extra point when Ogier was third. Now the difference between leading Ogier and Latvala is 33 points.

“At the Power Stage I wasn’t able to turn on that corner.” Said disappointed Latvala.

Latvala’s hope for the compensation of time loss caused by Mads Östberg’s problems and dust at the saturday was dissolved.

“Jury of the rally stated that because Östberg changed the tire and go on with full speed for the rest of the stage I am not deserved for compensation. When Thierry Neuville lost time behind me at the Rally Portugal, he got compensation because I drove slowly till the end of the stage.” Told Latvala.

“I understand somehow the decision, but I hope that this rule will be clarified.”

The second place was the second for this season. He was second also at the Rally Monte Carlo. He has also won in Rally Sweden in this year. 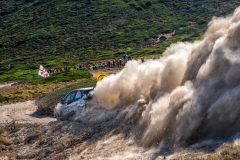 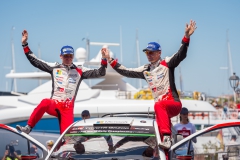 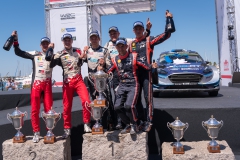 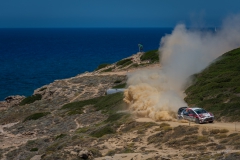 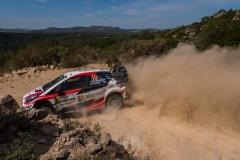 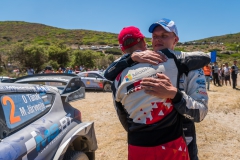 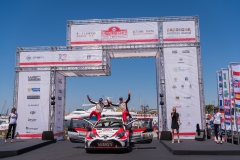 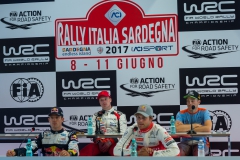 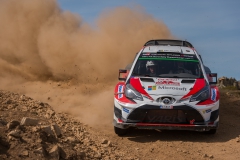