Rally Portugal like Rally Jordan is one of the most difficult rallies of the season because of the unnatural roads. Stones and small trees surround the relatively narrow roads which mean that one should be very careful driving on these roads. The race started on Thursday with a Super special where I was the 11 th but the differences were very small. The rally actually started on Friday with forest stages. Last year I drove off – badly – which affected my driving this year at first. I lost 0.7 seconds per kilometer to Dani Sordo who drove the first fastest time. Little by little my feeling got better and so did the stage times, too, but still something was missing. By the time of day service I was sixth in the rally and Sebastien Loeb was 12.1 seconds ahead of me. In the afternoon I started to get closer to him and I was about seven seconds behind when I noticed that my tyres were all worn out. Again I started to loose and by the end of the day our difference was about 18 seconds. My position was still number six but Loeb got to the third place while Sebastien Ogier was leading. I tried to attack on Saturday morning because I knew that in the morning the tyres would be good enough to do so. In the afternoon it would be time to save them. I was the second fastest on the first stage of the morning, 2.8 seconds behind Loeb. I was able to drive the second stage of the morning only about 300 meters when a fast left right corner combination went too wide and the car hit a rocky bank. That broke and jammed the rear left brake and the car turned 180 degrees sliding about 30 meters and of course the rear end of the car had to hit the only tree there was. My pace was still about 100km/h so the car got so badly damaged we couldn’t fix it to the Super rally and that was the end of my competition! 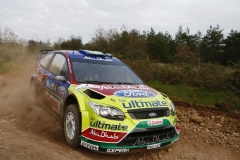 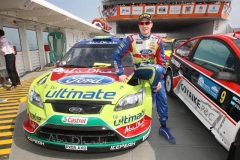 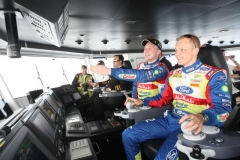 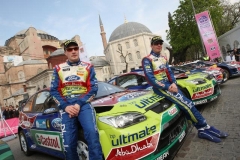 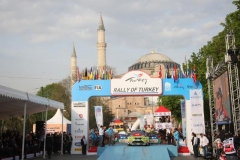 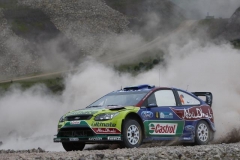 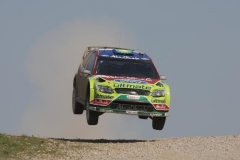 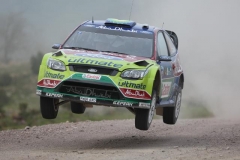 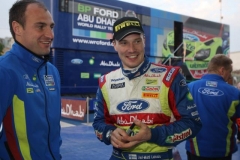 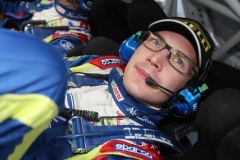 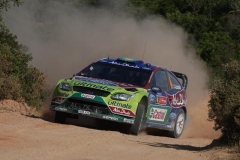 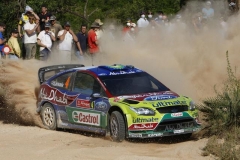 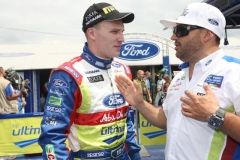 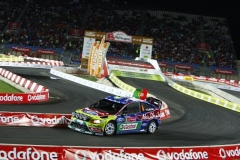 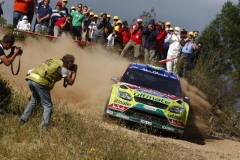 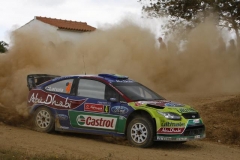