This competition was new to me and the only one in the series that I have never driven before. This race was rare because the first day was driven on tarmac with gravel tyres and the last two days on gravel. After 1996 there hasn’t been a race before this driven on two surfaces. On Friday my race started poorly as I was hassling with the tyres. When you drive on tarmac with gravel tyres the best possible result will be reached by worn front tyres. That gives you grip while braking. The rear tyres may be new. I learned that on Friday afternoon but still I was one minute eight seconds behind the lead on Friday evening. Loeb was once again the first, Sordo the second, Hirvonen the third and I was the fourth. On Saturday morning we drove on gravel and I managed to drive the fastest time on stage one by 4.7 seconds. On the second stage of the morning it was time for yet another disappointment for me: in the recce I had marked a left-right corner combination as too fast which is why I came too fast trying to save the situation by cutting too much of the inner corner causing the car to get stuck in the sand. There were no spectators so I had to run about one kilometer to the nearest junction to get people to push the car off the sand. After 22 minutes we were able to get the car back to the road and we could continue our race. Only the front bumper was damaged. This event ruined my rally but we decided to keep on driving the race and learn. After Saturday I was number 19. On Sunday I drove a relaxed race still making fairly good times. There were only three stages on Sunday but one of them was the longest of the whole rally, 40 km. The Rally Cyprus is the slowest in the series so the time on that long stage was over 39 minutes. Sebastien Loeb won the rally and I was the twelfth but I got two manufacturer points. The beginning of this season has been very tricky but now I have decided to turn a new leaf! 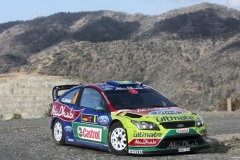 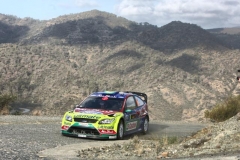 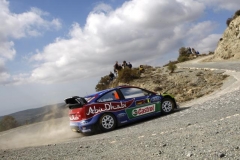 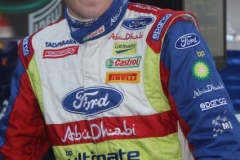 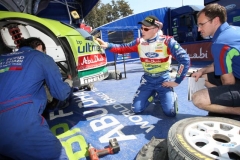 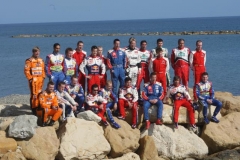 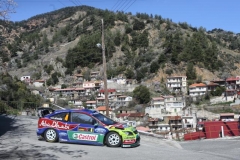 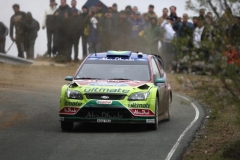 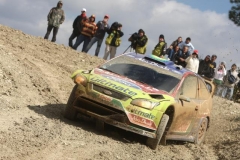 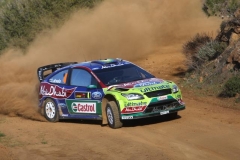 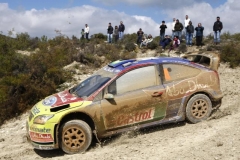 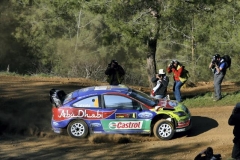 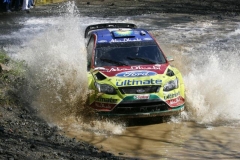